According to Lasse Petterson, President and Chief Executive Officer, GLDD ended the third quarter with improved results and a solid backlog. The company ended the quarter with net income of $13.8 million and Adjusted EBITDA of $32.2 million compared to the third quarter of 2020 that ended with $12.5 million of net income and $32.2 million in Adjusted EBITDA.

Given project activity in which GLDD is currently engaged, coupled with the backlog, new project awards, and fewer vessel drydocks for the remainder of the year, the company expects improved results in the fourth quarter of 2021.

“During the third quarter, Great Lakes was awarded $300.5 million in work resulting in a year to date 37.1% bid market share bringing our third quarter backlog to $598.5 million. In addition, we ended the quarter with $533.9 million in low bids and options pending award,” commented Petterson. “Post quarter end, Great Lakes was awarded the Oak Island beach renourishment project for $17.1 million, the South Atlantic Regional Harbor Dredging project for $25.8 million, and we have added an additional $106.9 million to low bids pending award, which includes the Houston Project 11 Deepening that was announced by the Port of Houston.”

In 2020, the domestic dredging bid market reached $1.8 billion in projects bid. GLDD continues to be confident in the market for the remainder of the year and still anticipates it to be as strong as 2020.

The market continues to be driven by the large-scale port deepening projects along the East and Gulf coasts. The company expects in 2022 to see bids for multiple project phases for port deepenings in Norfolk, Freeport, Mobile, Sabine and the Houston ship channel.

In addition, the nation’s coasts are subject to climate change, increasing severe weather events like Hurricane Ida, and sea level rise, which can cause an increase in beach erosion and other damage that adds to the recurring nature of the company’s business and the need for more frequent coastal protection and port maintenance projects.

GLDD also looked back at the continued support for the dredging industry in the Corps’ 2022 budget that was approved by the House of Representatives and is slated to be $8.66 billion, an 11% increase over prior year levels. In this bill the Harbor Maintenance Fund (the “HMTF”) would receive $2.05 billion, which is $370 million over 2021 budget appropriations. In addition, the 2020 Water Resource Development Act included some additional reforms to HMTF that will allow Congress to drawdown from the $9.3 billion surplus in the HMTF.

In addition, the US Senate passed the $1.2 trillion infrastructure bill where the Corp will be granted $11.6 billion in funding to improve the nations resilience to the effects of climate change, including flood control and waterway dredging. 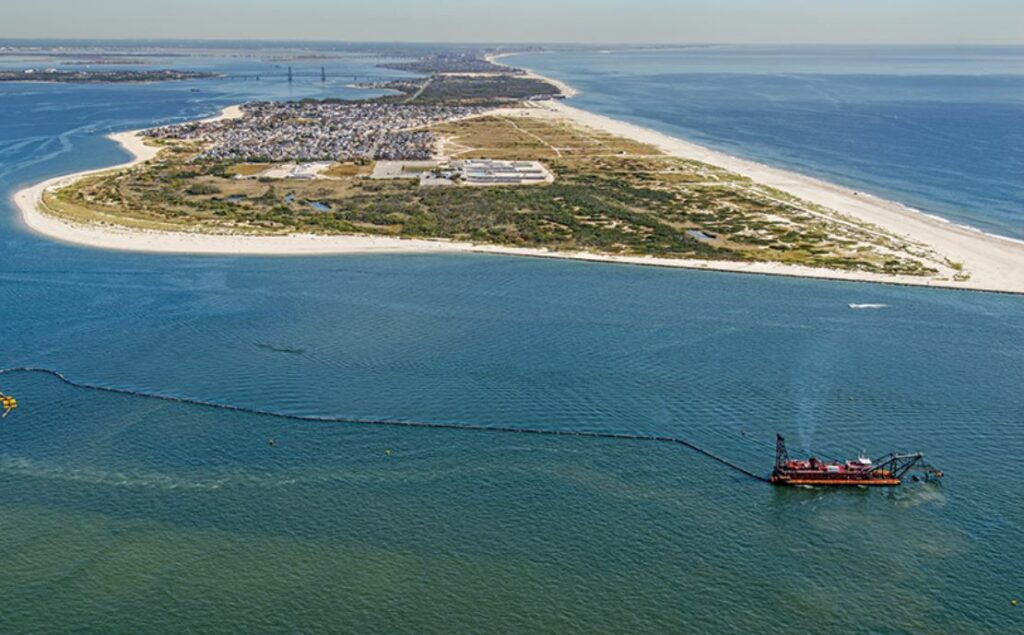