Great Lakes Dredge & Dock Corporation, the largest provider of dredging services in the United States and a major provider of environmental and remediation services, today reported financial results for the quarter ended March 31, 2014.

Jon Berger, Chief Executive Officer, said: “The dredging segment delivered $162.0 million in revenue and 12.9% gross profit margin in the first quarter of 2014. The first two months of the quarter were impacted by severe weather, which both contributed to longer project durations and equipment downtime for maintenance, resulting in reduced gross profit margin. The margin contraction also was driven by minimal dredging activity in the Middle East. Our fleet located in the Middle East was essentially idle in the quarter; however, work has begun on a project in Saudi Arabia and the Company is pursuing strong possibilities to put the fleet to work in the second half of the year. Increases in coastal protection revenue particularly along the East Coast and maintenance revenue were offset by decreases in domestic and foreign capital revenue and rivers & lakes dredging revenue.

“Despite the slow start in January and February, we have already experienced an improvement in March and are optimistic that this momentum will continue throughout the year. The severe weather delays will result in revenues to be earned in future periods as the work on the underlying projects is completed.

“Terra, which comprises our environmental & remediation segment, continues to demonstrate a solid performance, reporting a $6.5 million increase in Revenue over first quarter 2013 to $12.7 million in the first quarter of 2014, even while experiencing its own downtime due to the severe weather.”

Katie Hayes, Interim Chief Financial Officer, stated: “As was previously announced, on April 23, 2014, we completed the sale of two subsidiaries that comprised the historical demolition business, NASDI, LLC and Yankee Environmental Services, LLC. Great Lakes retains the right to collect on outstanding accounts receivable and work in process at the date of close, as well as any outstanding claims.

“Despite the slow start to the year, we were able to decrease our investment in working capital, and keep debt levels fairly constant with year-end. The Company continues to focus on driving higher operating cash flows and to critically evaluate spending priorities on our investment in equipment.”

– Revenue decreased to $174.4 million in the first quarter of 2014, down 3.2% from a very strong first quarter of 2013 largely related to lower dredging revenues. The dredging segment recorded lower revenues in the current year quarter on lower capital dredging and rivers & lakes revenues, partially offset by higher maintenance and coastal protection revenues;

– Gross profit margin declined to 12.0% in the first quarter of 2014 from 17.1% in the prior year first quarter driven by tightening margins in certain of the dredging contracts due to severe weather and equipment downtime, partially offset by higher profit margins on the projects in the current year within the rivers & lakes and environmental & remediation businesses;

– Operating income was $2.9 million for the quarter, down $11.6 million from the prior year quarter, primarily due to lower coverage of fixed costs;

– Net loss from continuing operations was $2.5 million in the quarter, down from the prior year quarter due to the items noted above. Net loss (which includes both continuing and discontinued businesses) was $5.2 million, on the lower results in the dredging business and losses in the discontinued operations compared to Net Income of $0.4 million in the comparable quarter of the prior year;

– Adjusted EBITDA from continuing operations was $12.0 million, down from $25.4 million in the first quarter of 2013 on lower operating income;

– Dredging earned revenues of $162.0 million in the first quarter, decreasing from $174.0 million in the first quarter of the prior year. Severe weather and mechanical downtime were the primary drivers of the domestic revenue shortfall. A slowdown in the Middle East resulted in unfavorable foreign revenue compared to the 2013 first quarter. First quarter 2013 was an exceptionally strong quarter for dredging as the majority of the domestic and international fleet was utilized and there were minimal weather impacts;

– Gross profit margin was 12.9%, versus 18.0% in the same quarter last year. As noted above, weather and mechanical delays, along with lower fixed costs coverage drove margin down. Dredging ended the first quarter with $515.1 million of backlog, essentially unchanged from the backlog at year-end.

– The segment recorded $12.7 million of revenue in the quarter, a $6.5 million increase over the first quarter of the prior year, as a result of working on more projects in the current quarter;

– Gross profit margin of 0.4% compared to a loss of 8.4% in the prior year quarter. Better fixed cost coverage allowed for improvement in gross profit, but severe weather partially offset the improvement in contract margins;

– Backlog was $77.4 million at the end of the first quarter, primarily related to a brownfield development project in New Jersey and several environment remediation projects, including a new phase of remediation on the long term Enbridge project in Michigan. 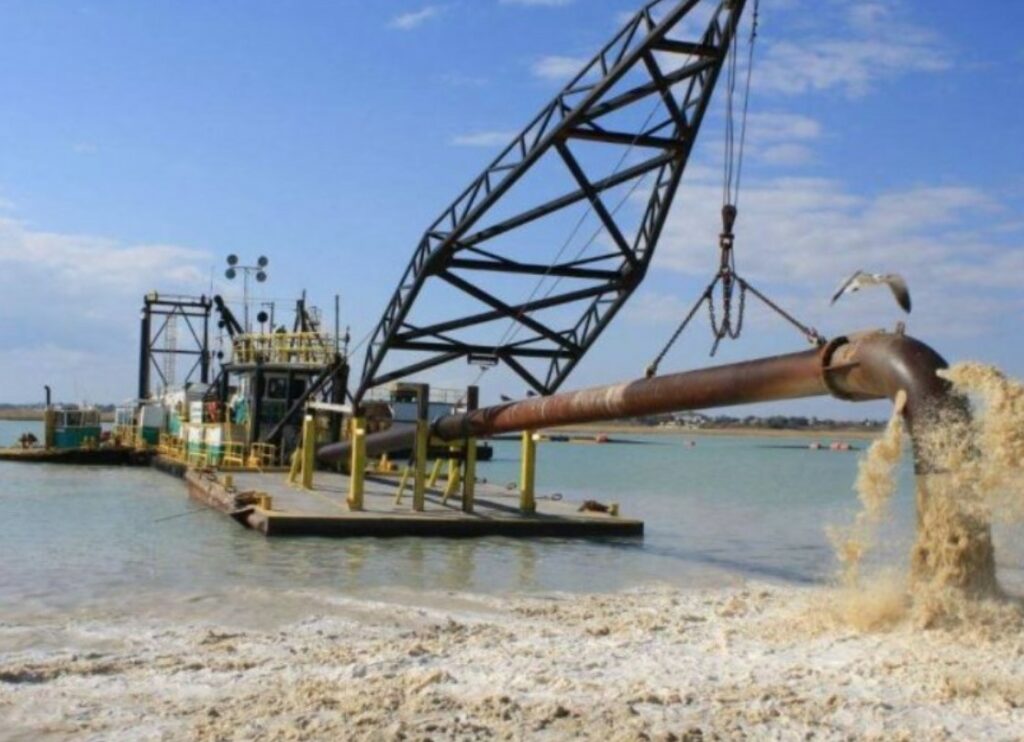