Researching the use of biodegradable oil in submersible motors

Bakker Sliedrecht has just announced their plan to begin a research in order to determine whether biodegradable oil can be used in the submersible motors that the company has supplied for equipment of Van Oord.

If this is applicable, the international marine contractor wants to use this type of oil on more of its vessels.

Regulations for the use of oil are becoming stricter, because leaks can have major consequences for the environment. In various parts of the world, such as the polar regions and Australia, the use of biodegradable oil is even mandatory.

Bakker Sliedrecht, together with partner INDAR, has developed its own electric submersible motor, which allow dredgers to operate at depths up to 250 meters, despite harsh conditions. By now, 200 dredgers have been equipped with this type of motors, including several vessels of Van Oord.

Electric motors contain up to 1,000 litres of oil for cooling and for balancing pressure levels when working at depth. “Van Oord wants to know whether biodegradable oil can also be used in the submersible motors that we have supplied and will supply in the future. They already have positive experiences with this in other underwater applications,” said Account Manager Wim Verlek and Proposal Manager Marcel Bakker of Bakker Sliedrecht. “We have never had a major leak with our submersible motors, where correct maintenance of the motor is an important aspect. You want to prevent environmental damage in vulnerable areas. The risk of such a catastrophe is very small, but it can never be ruled out.”

The research will be carried out in three steps. First, the electrical and physical properties of the biodegradable oil are examined in the laboratory and compared with the current oil. They must not differ too much from each other and the properties must remain within a certain range.

In the next phase, various parts of the underwater motor are exposed to the new oil. The samples of windings, internal coating, cable insulation and other materials are immersed for several months in biodegradable oil that is heated to operating temperature. It is then determined whether the deviation is acceptable.

In the third phase, the rubber O-rings and Simmerings get checked whether they are resistant to the new oil. If not, they can be possibly replaced by a different kind of rubber.

After the investigation, Bakker Sliedrecht writes a report with recommendations and conclusions. If all tests are positive, a pilot will be conducted in which the biodegradable oil is actually used in the underwater motor of a trailing suction hopper dredger.

The research is part of Bakker Sliedrecht’s innovation program, which also includes the deployment of Condition Based Monitoring and Maintenance. 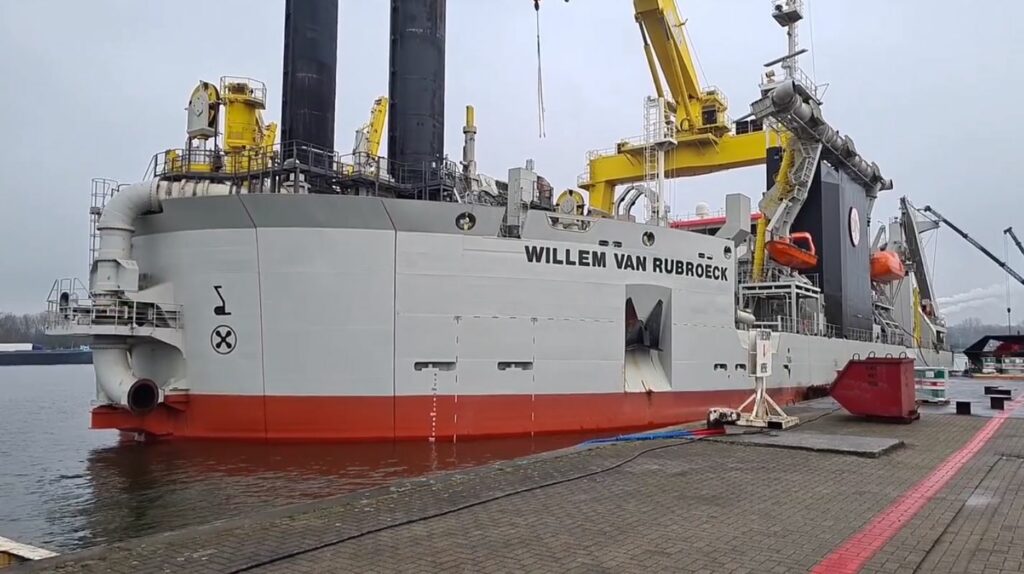