Despite COVID-19-related restrictions, Boskalis concluded 2021 with a strong increase in revenue.

Net profit was EUR 151 million, where a year ago there was a net loss of EUR 97 million. There were no exceptional gains or losses in 2021, said the company.

In the Dredging & Inland Infra segment, revenue increased by over 20% and the operating result by 57% compared to last year.

The utilization of the trailing suction hopper dredgers (TSHDs) was strong in the second half of the year, after a relatively quiet first half due to early maintenance on the mid- to large-sized vessels.

The largest revenue contribution came from projects in the Philippines, Singapore, Denmark and from the domestic Dutch market.

Commenting the latest results, Peter Berdowski, CEO Boskalis, said: “In Dredging, fleet utilization continued to increase during the year, in part thanks to our activities in the Philippines.”

“With the projects in hand, the prospects for the coming years are also good.

“In the Netherlands, major dike reinforcement projects such as the Markermeer dikes, the protection of the North Sea coastline and river related projects from the Dutch Flood Protection Program contributed well to the result. And our work on the construction of the Fehmarnbelt tunnel between Denmark and Germany is progressing well.”

Also, Boskalis is in good shape as a company with its well-filled order book and strong financial position, the company stated.

The market looks favorable for the medium term as well as for the short term, although the consequences of the recent geopolitical events in Eastern Europe are still difficult to assess.

In Dredging & Inland Infra, the order book for the coming year is well filled.

With the projects in hand, the fleet utilization is expected to increase. In 2022, amongst others, projects in the Philippines, Singapore, Denmark and the Netherlands will make a significant revenue contribution, said the company. 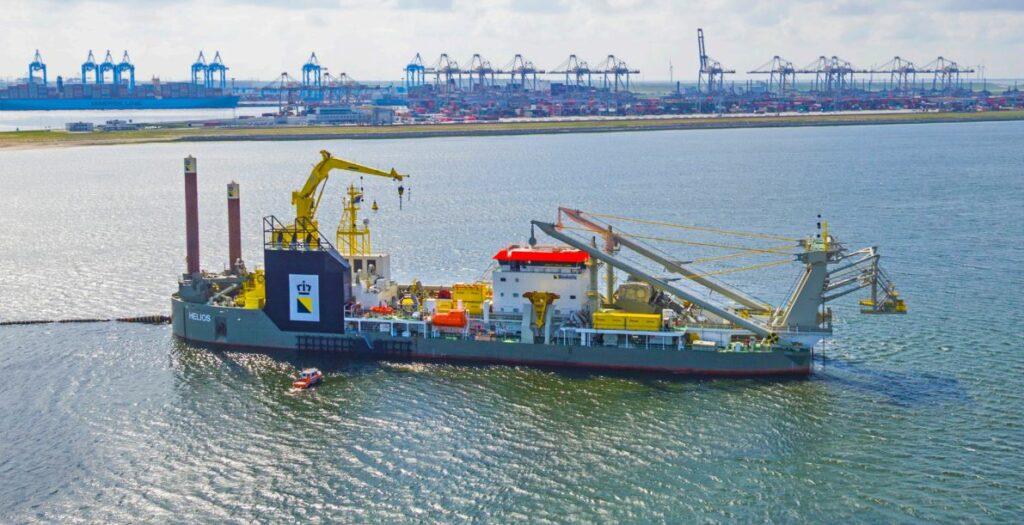