The board of directors of Ackermans & van Haaren NV announces that the consolidated net result (group share) for the first half of 2010 increased by 46% (compared to the same period in the previous year) to 73.5 million euros.

• Contracting, dredging and concessions: increase of turnover (+37%) and net result (+34%) of DEME and return to net profit for Van Laere

• Private equity: improved contribution from most participations confirmed and reinforced in the second quarter

The contracting, dredging and concessions segment performed strongly in the first half of the year, with an increase of the DEME contribution as well as a positive result for Van Laere.

DEME (AvH 50%) realized a turnover of 888 million euros in 1H10 versus 647 million euros in 1H09. This significant increase (+37%) can be attributed among other things to the start of the London Gateway project and the strong growth in the offshore oil and gas and windmill projects, and in environmental activities.

DEME continues to modernise its diversified fleet on a constant basis to remain competitive in the dredging sector. This year, 260 million euros of new investments have already been announced in a trailing suction dredger Breughel (11,650 m³), a rock cutter suction dredger Ambiorix (28,000 kw) and a jumbo jack-up vessel Neptune.

The order book remained more or less stable at a high level and amounted to 2,073 million euros on 30.06.2010, compared to 2,060 million euros on 31.03.2010 and 2,122 million euros at the end of 2009. New orders were acquired in a.o. Germany, Russia, West Africa, Mexico, Panama, Malaysia, India and recently in Angola. DEME’s subsidiary DEC will in the future develop brownfields via BDE (Brownfield Development Experts), in cooperation with Extensa and BPI/CFE.

DEME expects a continued strong capacity utilization of the fleet and a further increase of the order book driven by a high activity level across all niches of the group. 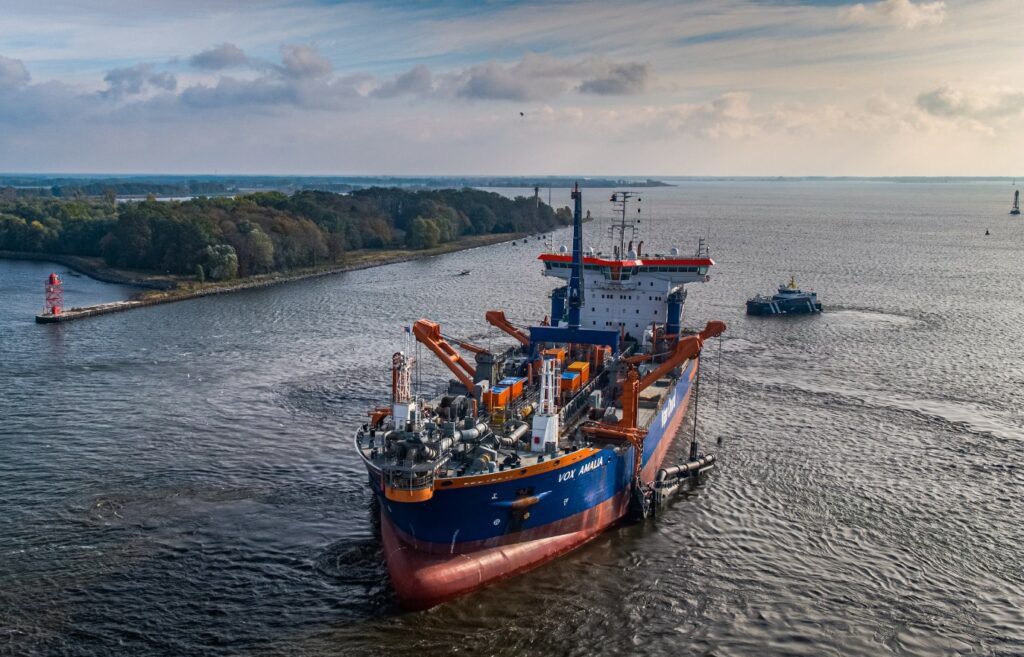