The Mississippi River Gulf Outlet (MRGO) Ecosystem Restoration Final Environmental Impact Statement and Feasibility Study report, which describes the plan for restoration of areas affected by the MRGO navigation channel, is now available for a 30-day public review through Aug. 27, 2012.

The final report, prepared by the U.S. Army Corps of Engineers, New Orleans District, outlines the Federally Identified Plan for restoring more than 57,000 acres of habitat within the MRGO ecosystem, a nationally significant area.

“The Federally Identified Plan is designed to help restore the ecosystem affected by the Mississippi River Gulf Outlet, while restoring natural features that would reduce damage from storm surge, such as the East Orleans Landbridge. The team has put together an approximately $3 billion restoration plan that would protect and restore fresh, brackish and saline habitats, as well as cypress swamp, ridge habitats and oyster reef,” says Col. Ed Fleming, Commander of the New Orleans District.

The Federally Identified Plan (FIP) for the MRGO Ecosystem Restoration would benefit the Central Wetlands, Lake Borgne ecosystem and the Biloxi Marsh in St. Bernard Parish. Features outlined in the plan include the creation of marsh and swamp habitat through the placement of dredge material, planting swamp and wetland vegetation, protecting shorelines with rock breakwaters and creating oyster reef.

The features identified for construction in the FIP have been further divided into three tiers based on their dependency on freshwater input for long term sustainability. For example, features in Tier 1 do not rely on a freshwater diversion to meet anticipated ecosystem benefits. In addition, the FIP recommends that the implementation of a diversion of water from the Mississippi River near the community of Violet, La. to reduce salinity, and enhance wetlands and fishery productivity would require additional study through a separate authority before this feature could be constructed. 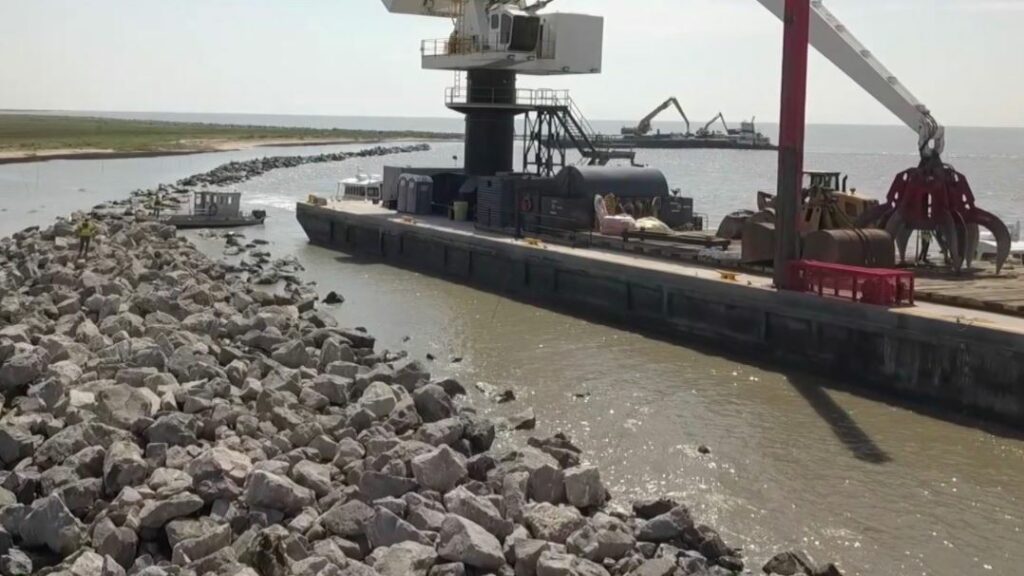