Major General John Peabody, Commander of the Mississippi Valley Division and President of the Mississippi River Commission, describes water as “the perfect engine of destruction. If it finds a weak spot in your defenses, it will attack that weakness relentlessly.”

Public safety is always the number one priority of the U.S. Army Corps of Engineers, and flood risk management is a shared responsibility among federal, state and local agencies. With floods currently threatening thousands of miles of earthen levees, more than 180 Corps flood fighters are taking General Peabody’s words seriously.

The Mississippi Valley Division’s St. Paul, Rock Island, St. Louis, Memphis and Vicksburg districts are working closely with state and local emergency responders to inspect, advise and assist communities with professional engineering expertise and flood-fight materials. The districts have supplied all of their staging areas with sandbags, pumps and poly to support the public with their flood-fight efforts.

Following quickly on its epic response to near-record drought conditions earlier this year, the division is now contending with record flooding along 240 miles of the Illinois River and extreme high water along 660 miles of the Mississippi River and its tributaries. Next week, high water will also occur along the Red River in North Dakota and Minnesota. Overall, high river levels are testing thousands of miles of levees and other flood risk reduction structures in nine states, and the Corps has issued more than one million sand bags to help local communities combat the deluge.

The Mississippi River drainage basin is the world’s 3rd largest, and has commercial and environmental impacts for 41% of the United States, includes 1.25 million square miles, more than 250 tributaries, 31 states and two Canadian provinces. The basin is also home to the world’s largest inland waterway navigation system with over 12,000 miles of commercially navigable channels. 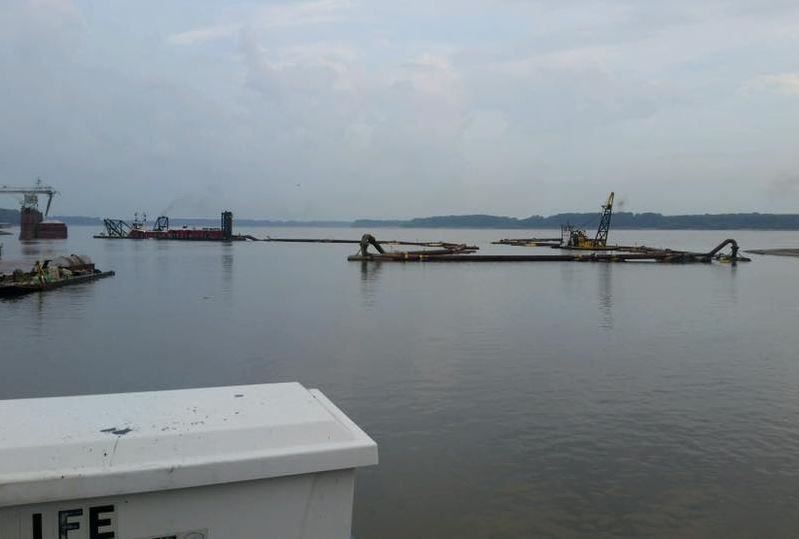