The Department of Public Works and Highways (DPWH) has completed the repair of the damaged portions of the San Fernando-Sto. Tomas-Minalin tail dike in Pampanga.

“Considered as the last line of defense against inundations during heavy rains, some 96 meters wide of the breached section of the tail dike specifically along Sto. Tomas-San Fernando areas, and 102 meters at Minalin side were already restored and armored” said DPWH Regional Director Antonio Molano Jr.

In August last year, parts of the tail dike were destroyed by the rampaging floodwaters triggered by the southwest monsoon (habagat) that submerged the surrounding villages in Sto. Tomas and Minalin towns and the City of San Fernando to up to 12 feet deep.

As a result, thousands of residents were forced out of their houses and sought refuge in higher grounds to avoid the wrath of one of the worst inundations in history.

Included in the completion of the slope protection is the re-channeling of the downstream of Gugu River, Pasac River down to Labuan River.

“Rest assured that DPWH shall continue to perform dredging of the rivers and water tributaries especially in Minalin to allay fears of a repeat of last year’s devastation” Molano added.

The completed slope protection will be turned over to the local government as soon as the final inspection has been finished. 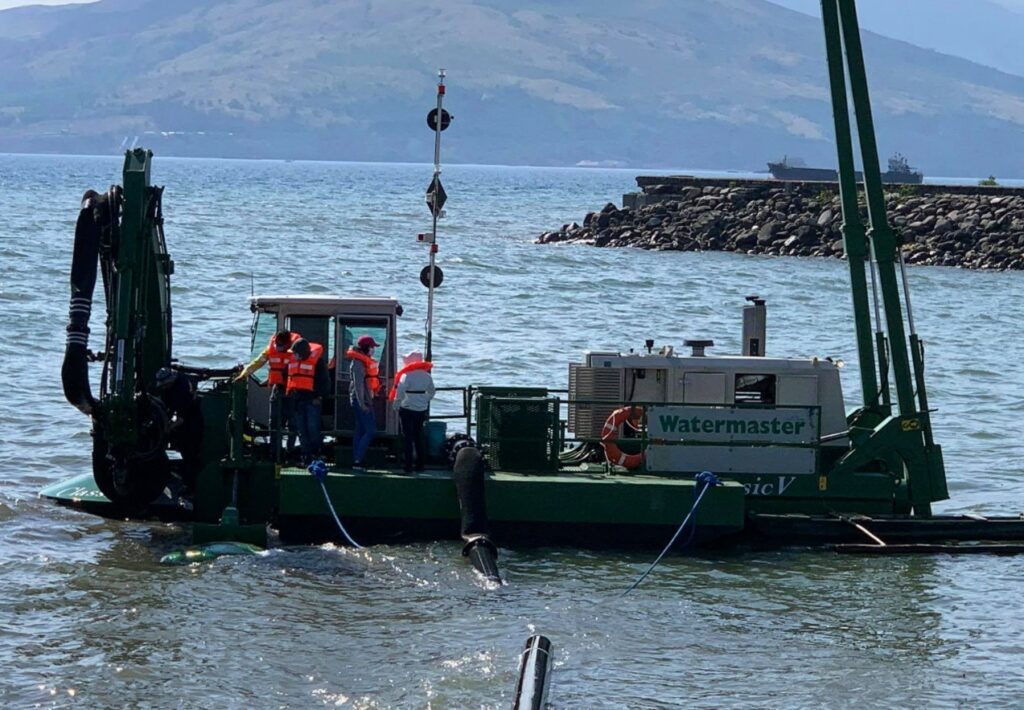