Orion Marine Group, Inc., a heavy civil marine contractor, today reported a net loss for the three months ended September 30, 2013, of $0.9 million. These results compare to a net loss of $1.6 million for the same period a year ago.

“We are pleased with our solid level of backlog and bid opportunities as we head into 2014,” said Mike Pearson, Orion Marine Group’s President and Chief Executive Officer. “As previously announced in our mid-period update, our third quarter results were impacted by some jobs, particularly those involving dredging service, shifting into future periods, along with an increase in certain job costs associated with differing site conditions, both of which should benefit 2014. Even with these impacts, our third quarter results once again reflect a year-over-year increase in revenue with EBITDA results that were in line with the prior period as we continue to demonstrate that we are on the right path. We have a strong backlog to liquidate next year and we continue to see a high level of demand for our services.”

Financial highlights of the Company’s third quarter 2013 include:

– The Company self-performed approximately 85% of its work as measured by cost during the third quarter 2013, which compares to 84% in the prior year period.

– Selling, General, and Administrative expenses for the third quarter 2013 were $8.0 million as compared to $7.2 million in the prior year period.

“Our outlook for 2014 and beyond continues to improve,” said Mr. Pearson. “Demand from the private sector continues to be strong and we expect this trend to continue for the foreseeable future. Activity by local port authorities also gives us additional reasons for optimism. While the temporary shutdown of the federal government this month was a disappointing development, we experienced little impact on our existing federal contracts. Although we are encouraged that an agreement was reached to end the shutdown, the temporary spending bill only extends federal funding into the first month of 2014 and will likely lead to further uncertainty as to the pace and frequency of lettings by the US Army Corps of Engineers until a longer term funding bill for the remainder of the government’s fiscal year 2014 can be passed. Still, we are encouraged by the level of bid activity from non-federal government customers and remain optimistic that 2014 should be a profitable year.”

“We are pleased with the amount of work we won during the third quarter as well as the significant amount of work on which we are the apparent low bidder,” said Mark Stauffer, Executive Vice President and Chief Financial Officer. “During the third quarter we bid on approximately $400 million worth of opportunities and were successful on approximately $65 million. This represents a 16% win rate or a book-to-bill ratio of 0.73 times for the quarter.

“Currently, we have over $227 million worth of bids outstanding, including approximately $110 million on which we are apparent low bidder. The current level of bid activity, coupled with encouraging long term end market drivers gives us optimism for the future. We continue to observe pockets of pricing improvement, but as we have mentioned in the past, this trend has not yet become widespread.

“Catalyst for increases in federal spending include completion of the Panama Canal expansion resulting in the need for deeper ports in the Gulf Coast and Southeast Atlantic regions, the continued siltation of the Gulf Intracoastal Waterway, which is limiting traffic, and the passage of the Water Resources Reform and Development Act of 2013. Regardless of federal spending, we expect to continue to see a healthy amount of bid opportunities from the private sector and non-federal customers, primarily driven by energy related infrastructure improvements, the cruise industry, state coastal restoration efforts, and the development of port infrastructure as a result of the Panama Canal expansion. Overall, we are encouraged about the level of bid activity we see in front of us and we are excited about the year ahead.” 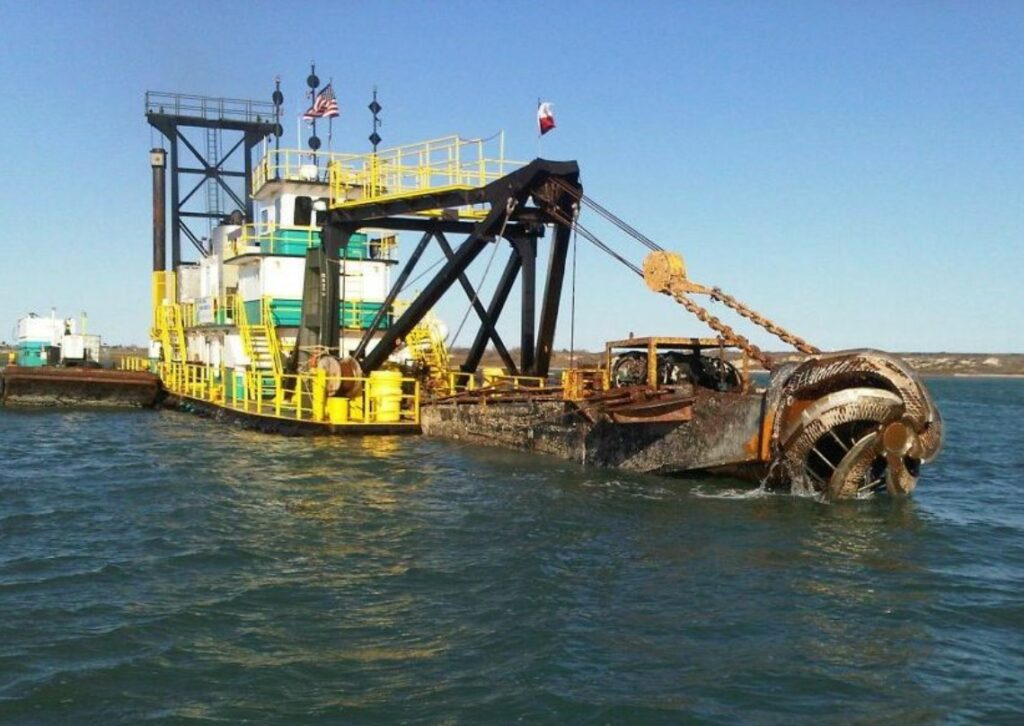