Royal HaskoningDHV and Room for the River

Royal HaskoningDHV, international engineering and project management consultancy with over 130 years of experience, is taking part in the Room for the River program.

Room for the River breaks with the traditional Dutch reliance on dike reinforcement in flood risk management. Instead, it seeks solutions by increasing river conveyance by opening up more room for the water to flow through.

The objective is to increase discharge capacity by approximately 10% without raising the dike levels. The toolbox of flood safety measures involved often requires changes in land use and close interaction with regional spatial planning, with the explicit aim of enhancing spatial quality.

The program consists of a coherent set of measures to be implemented at approximately 30 river locations in the country. Its total budget is €2.3 billion and it is planned to be completed by the end of 2015.

Royal HaskoningDHV involvement encompasses scoping studies, environmental impact assessment, design and engineering, procurement and supervision of works. The company uses the integrated project management approach to assure the smooth progress of the complex processes involved in planning and execution of the works.

The most prominent projects of the program are:

Room for the Waal: a new lateral channel along the main Rhine branch will be excavated close to the center of the oldest city of the Netherlands, Nijmegen, creating a city island for the waterfront development. The project won the top honor award of the Waterfront Conference in New York City in 2010. (Infographic Dike relocation Lent/Nijmegen ©Room for the River).

Bypass Kampen: a large flood relief channel will be constructed around the historical city of Kampen, removing the bottleneck created by the city development constricting the river Ijssel. The project combined various developments (bypass, urban development, infrastructure and agriculture) in the area into a single, integrated spatial development plan, acceptable to all stakeholders.

Depoldering Noordwaard: a large polder (4,450 hectares) will be reconnected to the river. During high river stages, 25% of the flow from the Waal (the main Rhine branch) will be conveyed through the polder. The polder will be partly covered by intertidal vegetation and become an extension of the adjacent De Biesbosch national park.

Water retention in Lake Volkerak-Zoom (8,300 hectares) in the south-west delta of the Rhine and Meuse: A total storage of 200 million m3 water will be used to safeguard the delta in the event that exceptionally high river discharge coincides with a severe North Sea storm. The project was particularly complex due to the many responsible governmental entities involved, the extensive project area situated at the crossline of the river and sea influence, and the large number of structures requiring adaptation.

Lowering of groynes in the Waal (main Rhine branch). The height of approximately 500 groynes will be reduced by 1 to 2 meters to increase conveyance of the river. A large challenge for this project was the impact of the works on the river bed, as the Waal is the busiest European transport route. 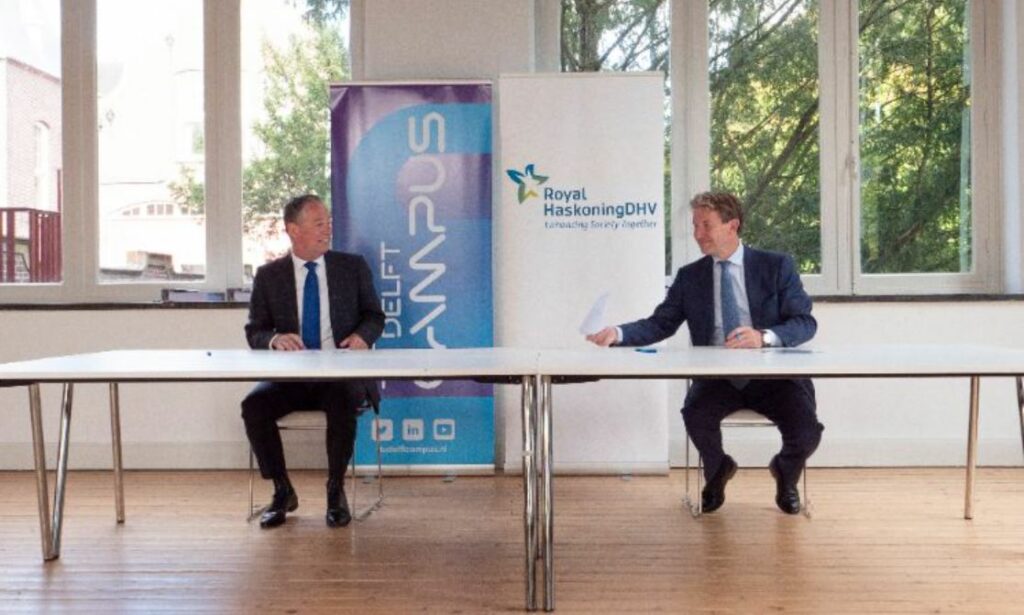