In its latest edition of Terra et Aqua, the International Association of Dredging Companies (IADC) has released an article named ‘Modelling the effect of water depth on rock cutting processes with the use of discrete element method’.

Whether it is for the construction of ports on new locations, the widening of canals through mountainous terrain or deep sea mining, efficient rock cutting is still one of the challenges that the dredging industry is facing, the paper said.

This gets more challenging since rock cutting in dredging is most of the time an underwater process.

The water surrounding and in the pores of the rock can have a major influence on the rock cutting process by increasing the required cutting forces.

As a result, rock that is brittle under atmospheric conditions will behave more ductile in larger water depths. This paper focuses on the effect that the water depth can have on the cutting process. 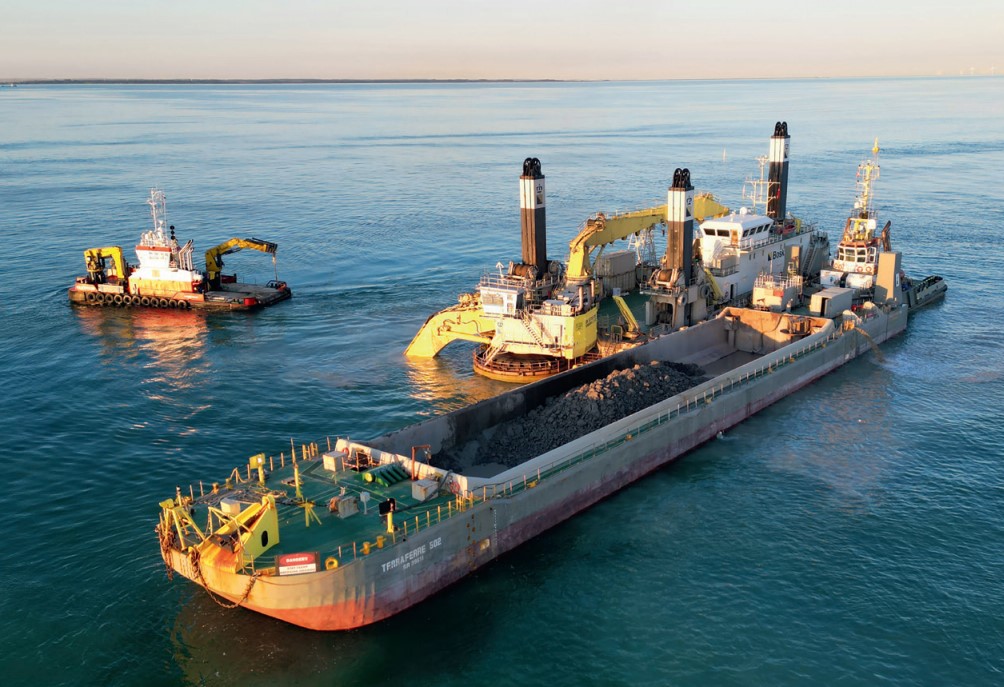