Louisiana Gov. John Bel Edwards will participate tomorrow in the signing ceremony of a project partnering agreement (PPA) with the Louisiana Coastal Protection and Restoration Authority (CPRA), the Army Corps of Engineers, and the Pontchartrain Levee District (PLD) for the West Shore Lake Pontchartrain project.

Gov. Edwards will provide remarks about the significance of this structural projection project and its benefits to more than 44,000 residents and vulnerable communities in the towns of Montz, Laplace, Reserve, Lutcher, Gramercy, Grand Point, Convent, Garyville and Romeville.

Once completed, these levees and wetlands will reduce the risk of damages from tropical storm surge in the river parish region and protect communities around Lake Pontchartrain and Lake Maurepas.

Located in the Pontchartrain basin and currently in the engineering and design phase, this project will construct 18.5 miles of earthen levees and floodwalls including one mile of T-wall in St. Charles and St. John the Baptist Parishes.

Several floodgates, drainage structures and pump stations will also be constructed along the alignment from the Mississippi River in Garyville to the Bonnet Carre spillway outside of LaPlace. Additionally, non-structural protection measures will be included for communities in St. James Parish.

Federal funds in the amount of $760 million are allocated to this project through the Bipartisan Budget Act of 2018, which was signed into law Feb. 9, 2018.

For the West Shore project, project synergy will come in the form of a shared border with the River Reintroduction into Maurepas Swamp project, which will reestablish and nourish approximately 45,000 acres of the swamp with freshwater, nutrients and sediment from the Mississippi River that historically sustained the swamp. Together, these projects will provide a greater level of protection than alone. 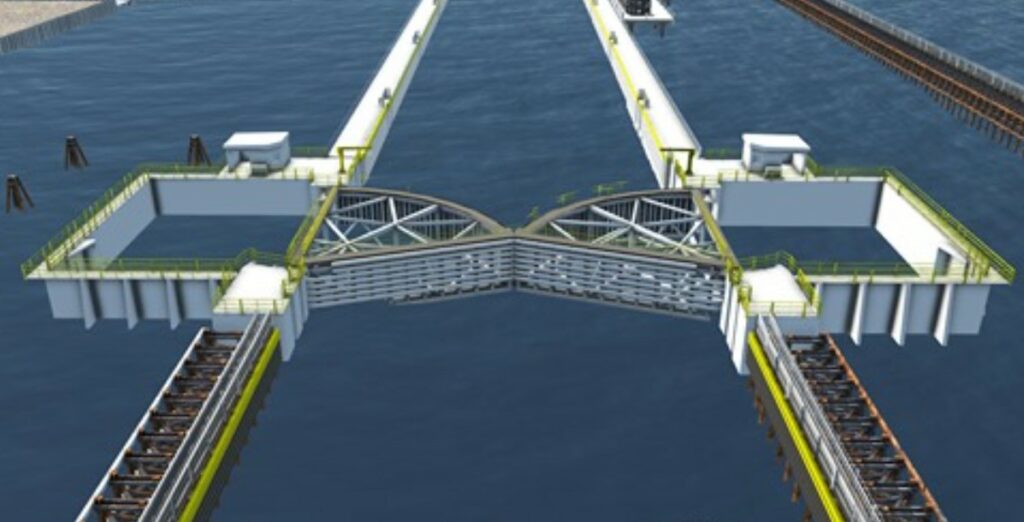