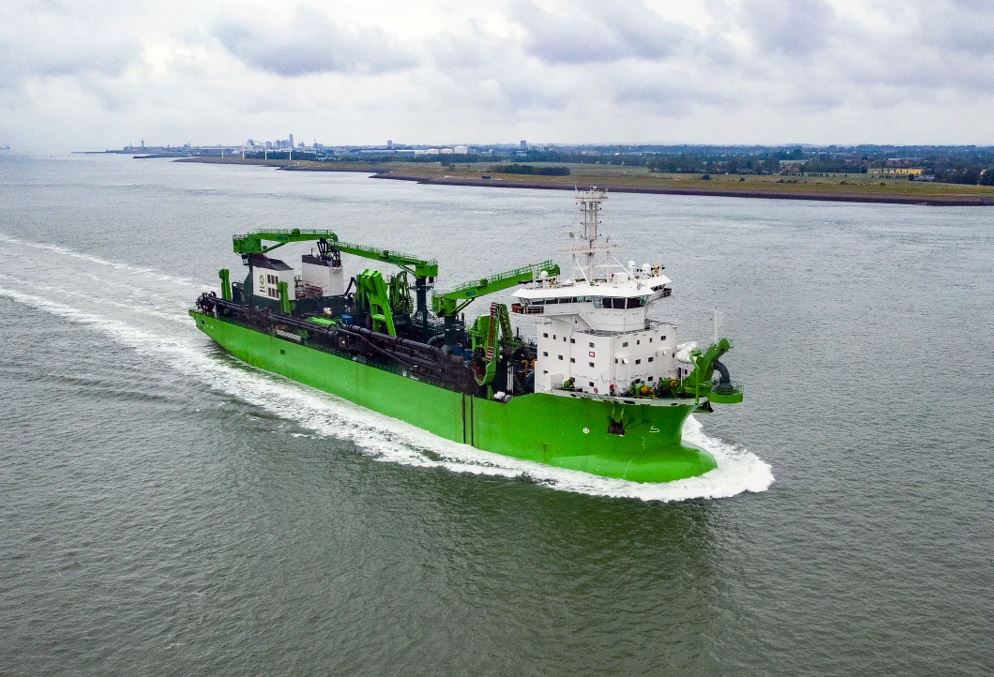 Dredging Today brings you an overview of the most popular stories from the past week (June 17-23, 2019).

A keel laying ceremony of the backhoe dredger Sarb, to be built for National Marine Dredging Company (NMDC), took place at Ravestein B.V. in the Netherlands on June 14, 2019.

The words ‘port infrastructure’ usually conjure up images of quay walls, breakwaters, roads and cranes. But some of the most critical infrastructure to port operations is below the water – berths and navigational channels maintained at safe depths, according to Mark Simmonds, British Ports Association’s Head of Policy and External Affairs.

Just a few weeks ago, Van Oord and Royal Haskoning DHV, working as part of Team Van Oord, have started the execution of a Sand Motor in Bacton.