The biggest excavation in Denmark begins

“We have started the excavation of the 18 kilometer tunneling between Rødbyhavn and Puttgarden in Germany, where the Femern tunnel will be located,” said Femern.

“Our tunnel contractor FBC has inserted some of the world’s largest floating excavators for the task.”

“Right now, Simson, Fetsy and Manta are working off the coast at Rødbyhavn. Simson can dig at 18 meters depth, while the other two can dig at a depth of 45 meters,” said Femern. 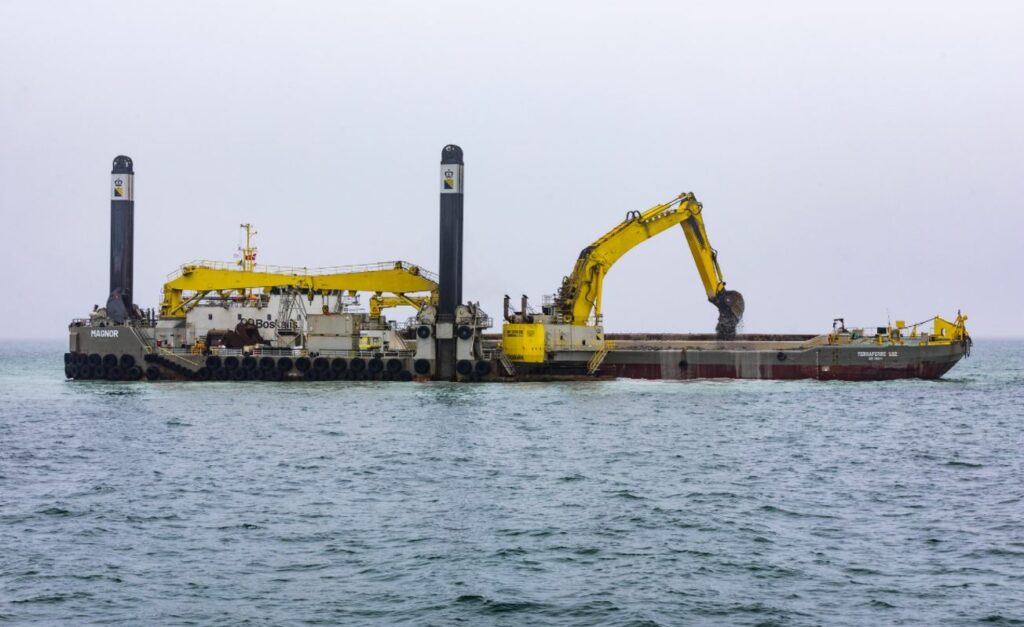 The world’s biggest backhoe dredger Magnor works on Danish side of Fehmarnbelt
Posted: 3 months ago
Fehmarnbelt tunnel gets EUR 540M in EU funding
Posted: 1 day ago
Some of the world’s largest backhoes hard at work on the Fehmarnbelt project
Posted: 4 months ago
Advertisement
Related jobs