The Port Commission of the Port of Houston Authority will consider authorizing $2.7 million for the U.S. Army Corps of Engineers to perform critical dredging of the channels adjacent to PHA’s Turning Basin and Barbours Cut docks, on Tuesday, June 1, beginning at 9 a.m. in the boardroom of the Port Authority Executive Building, located at 111 East Loop North (Exit 29 off Loop 610) in Houston.

Commissioners will consider awarding a $1.06 million construction contract to D.H. Griffin of Texas, Inc. for transit shed demolition, lighting and access modifications at wharves 24 and 25 at the Turning Basin Terminal. If approved, this project will create a continuous concreted open wharf area in the Turning Basin Terminal — a premier multi-purpose general cargo facility — by demolishing two warehouses, originally built in 1963. Improvements to this facility promote increased trade with its associated economic benefits, including jobs, income and tax revenue.

Commissioners will consider awarding a $59,473 contract to Mobilisa, Inc. for the acquisition of four hand-held Transportation Worker Identity Credential (TWIC) readers. PHA expects to fund this purchase with port security grant funds awarded by the U.S. Department of Homeland Security under the American Recovery and Reinvestment Act. If the contract is approved, the TWIC readers will be deployed across PHA facilities as part of its voluntary active TWIC enforcement program. TWIC aims to ensure that individuals who pose a threat do not gain unescorted access to secure areas of the nation’s maritime transportation system.

Commissioners will consider awarding a $344,190 contract to Morpho Detection/Safran Group for three explosives and narcotics trace detectors and three chemical identification units. If approved as part of PHA’s priority mission to ensure a safe and secure port, the items are also expected to be purchased with funds from a port security grant.

Commissioners will consider authorizing additional payments of up to $2.7 million to the U.S. Army Corps of Engineers (USACE) for dredging at Turning Basin docks and PHA berths at Barbours Cut, to handle the additional accumulation of shoal material and debris at PHA docks.

The Port of Houston Authority owns and operates the public facilities located along the Port of Houston, the 25-mile-long complex of diversified public and private facilities designed for handling general cargo, containers, grain and other dry bulk materials, project and heavy lift cargo, and other types of cargo. Each year, there are more than 7,700 vessel calls at the port, which ranks first in the U.S. in foreign waterborne tonnage and second in overall total tonnage.

The port authority plays a vital role in ensuring navigational safety along the Houston Ship Channel, which has been instrumental in Houston’s development as a center of international trade. The Barbours Cut Container Terminal and Central Maintenance Facility are the first of any U.S. port facilities to develop and implement an innovative Environmental Management System that meets the rigorous standards of ISO 14001. The second recertification of those facilities in 2009 included an extension for the state-of-the-art Bayport Container Terminal. 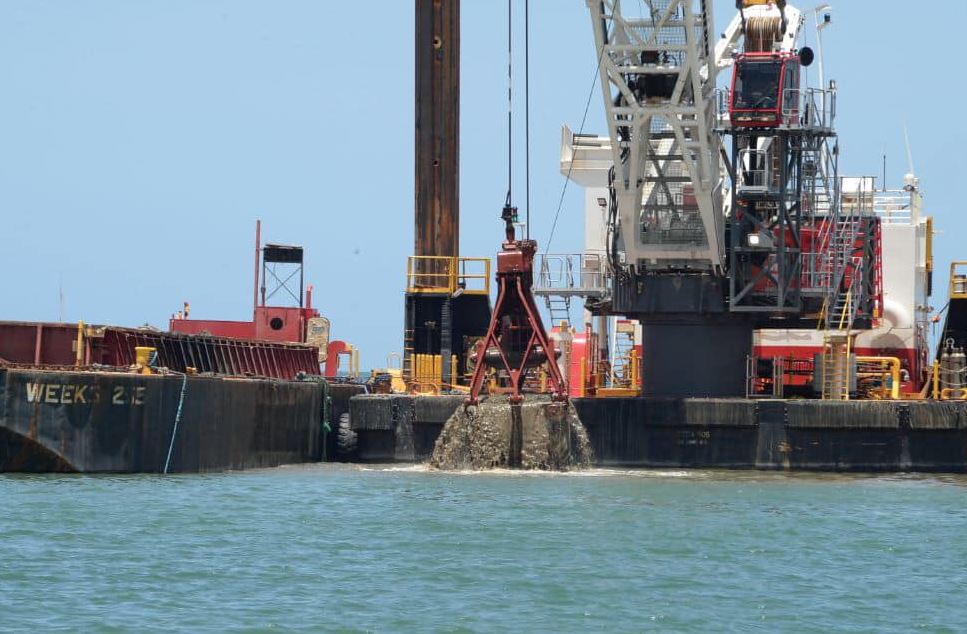