In an open letter to Thad W. Allen, the retired Coast Guard admiral overseeing the Gulf of Mexico oil spill response, almost two dozen coastal scientists from Louisiana and around the country have urged the federal government to halt the construction of sand berms in the gulf, calling the project ineffective in the fight against the oil and a waste of resources that could have heavy environmental consequences.

“As BP appears close to shutting off the flow of oil, we believe that it is also time to shut off the flow of funding and permitting for the large-scale re-engineering of the Gulf Coast,” the letter states. “If this is not done, environmental damage resulting from ill-conceived, poorly reviewed coastal engineering may become an additional and unnecessary byproduct of the spill.”

Gov. Bobby Jindal of Louisiana has made construction of the sand berms his signature initiative in the fight against the oil spill. The state currently has a federal permit to build 40 miles of berms – which are essentially artificial islands – with a commitment of $360 million in funding from BP. The state is seeking permits for an additional 60 miles of berm.

Of particular concern to scientists are recent statements by the governor that the barriers may be made into permanent structures.

“Once we’re done fighting this oil spill, if they will allow us to come back and fortify and armor this, we can absolutely make these storm resistant to make sure they last,” Mr. Jindal told a local television news station in Louisiana last week. “You do things like native plantings. You do things using rocks.”

Members of the Jindal administration and local officials have suggested that lining the barriers with rock would help blunt the impact of future hurricanes. But in their letter, the scientists say making the barriers permanent would have many negative side effects while providing little benefit in storm protection.

“Please understand that this kind of brute force engineering would cause drastic changes to the coast,” the scientists’ letter states. “We urge you to immediately make clear that armoring the berms is out of the question.”

Last week, Mr. Jindal toured the first segment of berm, which is under construction about 15 miles offshore, east of the Mississippi River. He called the structure impressive and said it was “working effectively.” In a press release several days earlier, the state said the structure had captured about 500 pounds of oiled debris so far.

Despite the governor’s positive outlook, progress on the project has been decidedly slow. Nearly two months after receiving federal approval to build the structures, less than 1 percent of what is projected to be a 100-mile barrier has been built.

Yet according to Mr. Jindal, the project will expand vastly in scope.

“Under our implementation plan, the project will continue to ramp up to include over 150 vessels working concurrently on multiple segments,” he said in a recent statement. “Each segment will be treated as a separate project with dredges and other equipment working simultaneously.”

“We expect 10 dredges to be working on these projects, making this one of the largest and most intense dredging projects in our nation’s history,” he said. 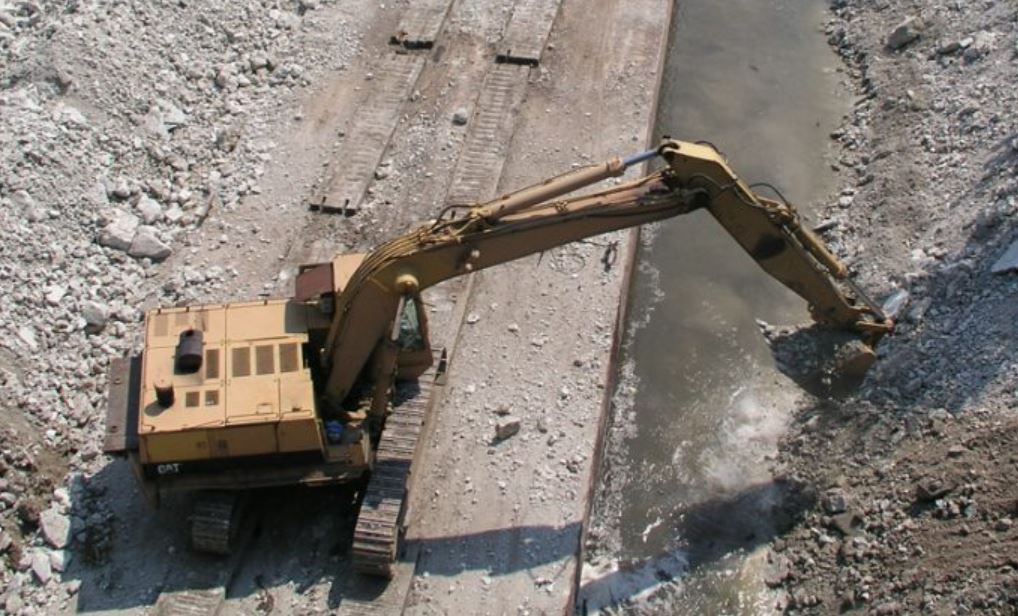