U.S. Army Corps of Engineers, New York District, contractor began the second phase of maintenance dredging in the Moriches Bay reach of the Long Island Intracoastal Waterway federal channel this week. Paul Howard Construction, of Greensboro, N.C., was awarded a $1.45 million contract to perform maintenance dredging in the Moriches Bay area of the channel to its authorized depth of 6 feet.

To accommodate sensitive marine resources, this project was split into two phases with two separate mobilizations. Phase one, which focused on areas in the Moriches Bay section with the most severe shoaling, was completed earlier this year in the late spring. Phase two, the final phase, will be completed this in the early part of the fall while dredging is environmentally feasible.

“We’re excited to complete dredging in the Moriches Bay Reach taking into account both immediate public safety needs, by first dredging the worst problem areas in the spring, and the area’s environmental needs, by breaking the work into two phases to accommodate winter flounder and other local marine life in the bay’s ecosystem,” said New York District Commander Col. John R. Boulé. “And ultimately, this work will help provide safe passage for recreational boaters in the region as well as our Federal partners in the Coast Guard.”

Approximately 35,000 cubic yards of sand from phase two will be removed from the channel and will be placed on the nearby Cupsogue Beach. The entire Long Island Intracoastal Waterway Federal Channel is 33.6 miles and traverses the inland waters south of Long Island through the Great South Bay, the Bellport Bay, the Narrow Bay, the Moriches Bay, the Quantuck Bay, and the Shinnecock Bay.

Harbor and Long Island, and parts of Vermont, Massachusetts, and Connecticut. The District is also responsible for design and construction at Army and Air Force installations in New Jersey, New York, Virginia and overseas in Greenland. 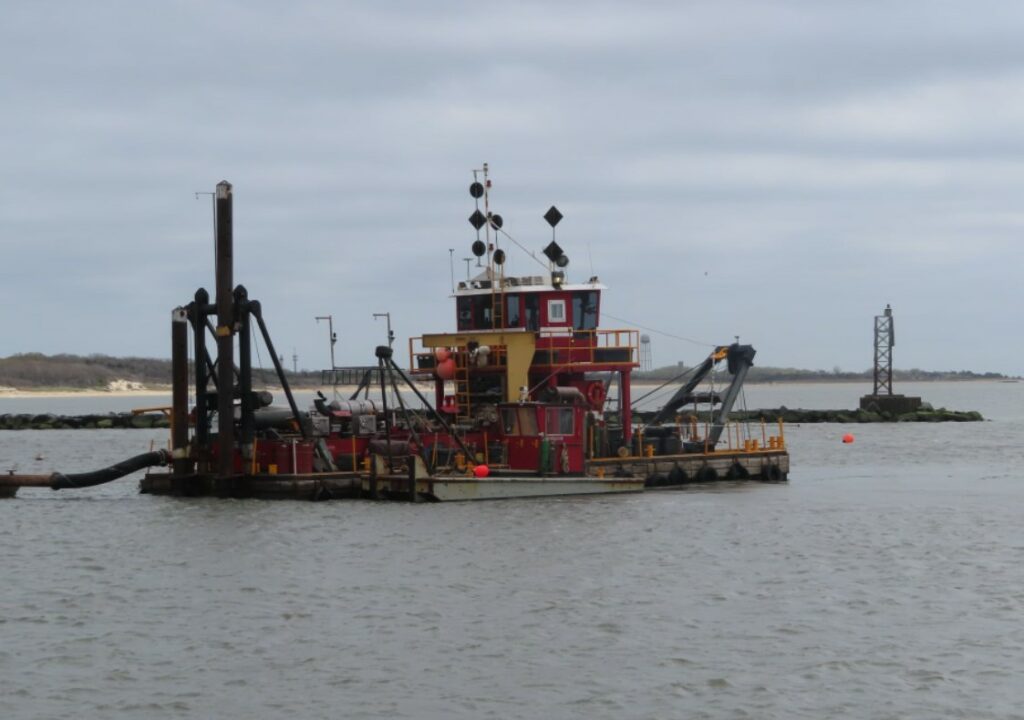