“There are great business and growth opportunities in East Africa and this is not new territory for APM Terminals” said Mr. Peder Sondergaard, CEO for the Africa-Middle East region, who noted that Logistics Container Centre Mombasa (LCCM), part of APM Terminals Inland Services, has been in operation since 1997. He and other senior leaders including CEO Kim Fejfer recently visited Kenya and met with Kenya’s Prime Minister Raila Amolo Odinga and Minister of Trade Amos Kimunya for high level talks, and hosted meetings with local business and industry leaders in Mombasa and the Capitol of Nairobi.

APM Terminals, one of the largest port operators in Africa, currently operates nine ports in eight West African countries, as well as operations in both Morocco’s Tanger-Med port, and Egypt’s Suez Canal Container Terminal and an extensive Inland Services network across the continent, but no port operations on the continent’s Indian Ocean coast.

Although the International Monetary Fund has projected a 5.5% economic growth rate for sub-Saharan Africa this year, and a 5.3% increase for 2013, obstacles to trade, particularly concerning cargo movements between neighboring countries, will prevent the full benefit of such economic progress from being felt across the African population.

The World Bank Report “De-Fragmenting Africa; Deepening Regional Trade Integration in Goods and Services” released in February, has estimated that “in sub-Saharan Africa it takes, on average, 38 days to import and 32 days to export goods across borders, whereas the number of days required is significantly lower in other regions” and that “the cost of trading across borders is the highest in the sub-Saharan Africa region, over twice as high compared to East Asia and OECD countries”.

Investment in modern cargo transportation infrastructure and services can help to alleviate these impediments, and foster higher rates of trade and economic development. APM Terminals’ Inland Services operations in East Africa span 12 countries currently including Kenya, Uganda and Tanzania, as well as parts of the Democratic Republic of the Congo and Zambia.

Mombasa, the busiest port on the East African Coast, handled approximately 770,000 TEUs in 2011, up from 695,000 TEUs in 2010, and has enjoyed a compounded annual growth rate (CAGR) of 15% during the preceding half decade. About half of this traffic is destined for neighboring land-locked countries such as Uganda, South Sudan and Rwanda.

APM Terminals is in talks with the Tanzanian Ministry of Transport and the Tanzania Ports Authority (TPA) to operate at the Port of Dar es Salaam, which handled 475,000 TEUs in 2011.

“We believe it would only benefit the port and the country to introduce a leading global port operator at Dar es Salaam, which would introduce healthy competition to the benefit of all port users” said APM Terminals’ Africa-Middle East Regional Vice President for Business Development, Hans-Ole Madsen.

Opportunities also exist beyond the Port of Dar es Salaam; Emmanuel Mallya, the Chairman of the Tanzania Shipping Association Chairman and a board member of the TPA told the Daily News of Tanzania “We need investors who will look at larger port expansion projects not necessarily at Dar es Salaam Port but also look elsewhere”, citing potential new port development project locations at Bagamoyo, Mbegani and Mwambani in the port city of Tanga, in the Tanga region of northern Tanzania, which borders Kenya.

“We are very interested in participating in and contributing to the high-growth potential of the Ports of Mombasa and Dar es Salaam, and are eager for the opportunity to expand our Global Port and Terminal Network into East Africa” added Mr. Sondergaard. 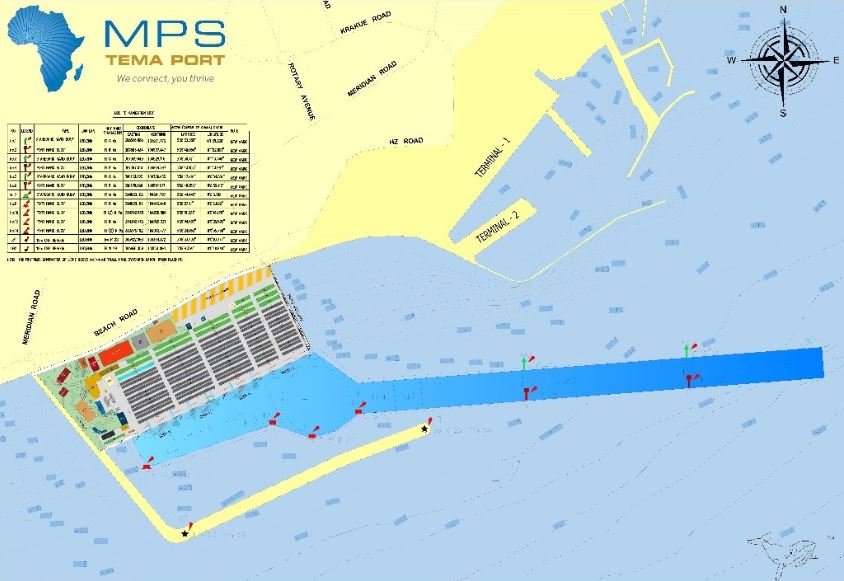