A proposed project to remove 50,000 cubic yards of material from a tidal marsh took an important step here April 30 when the U.S. Army Corps of Engineers presented and sought public input on the project’s environmental assessment.

“This project will restore channels that have shoaled in and restore tidal circulation within the marsh,” said Erin Jones, a Corps biologist working on the project. “It will improve water quality and prevent the degradation of marsh habitats used by endangered species, and it will provide beach nourishment.”

Lying at the mouth of the Santa Ana River, the marsh is part of what once was a 400-acre marsh system between Anaheim Bay and Newport. The area became degraded over time, and in 1992 the Corps and local sponsors restored 92 acres, including a seven-acre island designed as a nesting area for the endangered California least tern.

The project consists of several phases, and the material will eventually end up in one of three places, depending on its physical characteristics: in about 15- to 20-foot water just off the beach, at an EPA-approved placement site about six miles offshore or at an upland disposal facility.

The environmental assessment presented at the meeting analyzes the project’s impacts on a host of issues, including the environment, biological resources, threatened and endangered species, water and air quality, noise, cultural resources, land use and recreation.

The Corps will accept comments on the draft until May 18. Construction is scheduled to take place between September 15 and March 15, 2013. 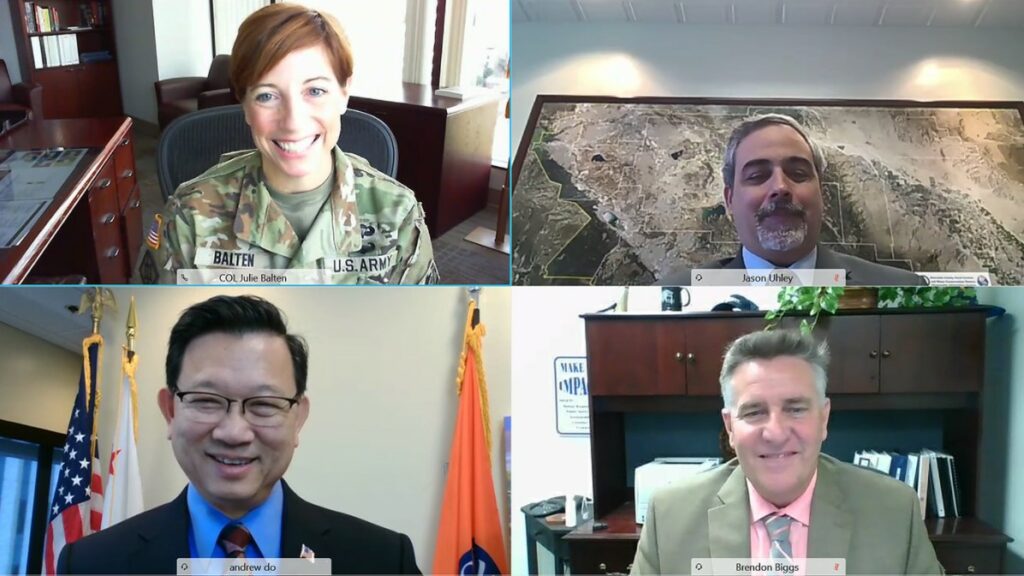