Removal of the second and largest of three dams from the Raritan River in Somerset County, which will help open up a 10-mile stretch of the middle and upper portions of the river to fish migration for the first time in more than a century, has started this morning, DEP Commissioner Bob Martin announced today.

The dam removal project is being done and financed by El Paso Corp., under the terms of a landmark agreement secured last year by the DEP as compensation to the public for harm to natural resources caused by past pollution facilities operated by or affiliated with El Paso.

This second Raritan River dam to be removed is known as the Roberts Street Dam and was previously known as the Dead River Dam. It straddles Bridgewater and Hillsborough townships. Its removal will open up a large segment of the Raritan River for fish spawning.

“This project will result in a significant environmental improvement to the Raritan River, enhancing a valuable habitat for fish, restoring balance to the estuary, and improving overall environmental conditions in the river system,” said Commissioner Martin. “It is part of a continuing effort by the Christie Administration to protect and improve the quality of waters in New Jersey.’’

“Removing these dams also will improve recreational opportunities on the Raritan,’’ said Rich Boornazian, Assistant Commissioner for Natural and Historic Resources. “It will offer new opportunities for outdoor enthusiasts, providing easier access to kayakers and canoeists to use this river.’’

The elimination of the Roberts Street Dam will further increase water flow and habitat improvements realized from removal of the Calco Dam in Bridgewater last summer, which was the first phase of this three-step process.

The removal of all three targeted dams will open up 10 miles of migratory fish habitat along a stretch of the Raritan that twists through a highly diverse residential, commercial and agricultural portion of Somerset County that includes Bridgewater, Hillsborough, Bound Brook, Somerville and Manville. It also will open up about 17 miles of tributaries, including portions of the Millstone River, to spawning. None of the dams were built for flood control.

The targeted dams include:

The Robert Street Dam, a 6 ½-foot-high sheet piling and concrete dam located at river mile 27.9. It was constructed prior to 1930 for purposes that are not known today. This dam failed and was reconstructed in 1963.

Calco Dam, located at river mile 20.9 and built by the Calco Chemical Co. in 1938 to disperse chemicals from its facility. The dam was essentially a large concrete pipe spanning the river that most recently carried and dispersed wastewater into the river for the Somerset Raritan Valley Sewerage Authority. The authority constructed a new outfall for that purpose. Calco Dam was demolished in 2011.

The Nevius Street Dam, located at river mile 27. The rock and mortar dam was built in 1901 for aesthetic purposes and later retrofitted to provide water to ponds on the Duke Estate. The DEP and El Paso are working on a future plan to ensure the river continues to feed water to these ponds after the dam is removed. Removal is anticipated in 2013.

Fish that will benefit from the removal of the dams are American shad, American eel, herring, and striped bass, which once migrated in prodigious numbers through the gravelly shallows of the Upper Raritan. Better water flow also will improve flushing of sediments, reduce nutrient loadings and improve conditions for tiny aquatic organisms that are critical to the food web in the river system.

The voluntary settlement with El Paso resolved Natural Resource Damage claims made by the DEP against the Houston-based company that stemmed from contamination at EPEC Polymers Inc. in Flemington, Hunterdon County; Nuodex Inc. in Woodbridge, Middlesex County; EPEC Polymers Inc. in Burlington City, Burlington County; and the Eagle Point Refinery in West Deptford, Gloucester County. Investigations and/or cleanups are under way at those sites. 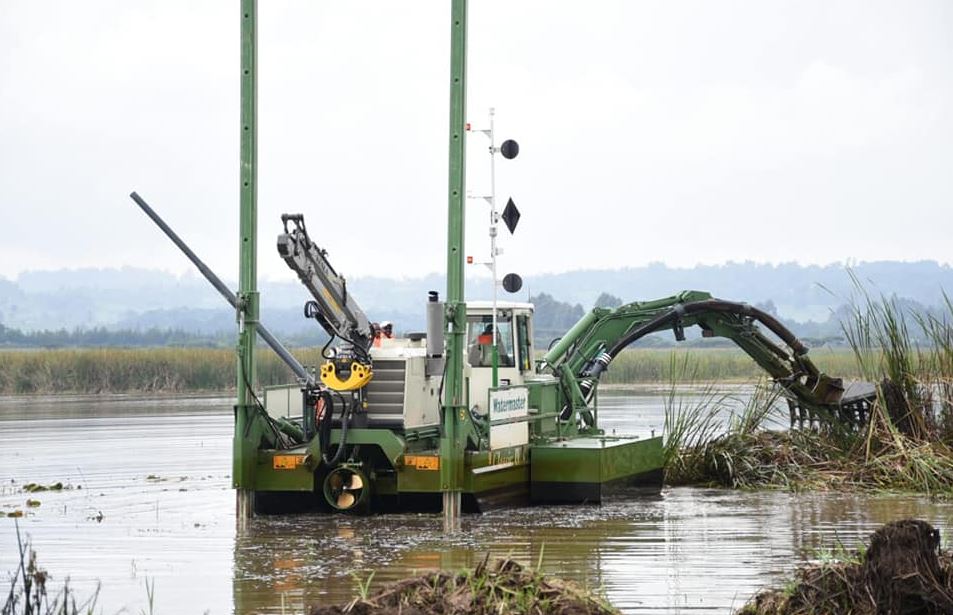