Femern A/S has commenced the process of prequalification of contracting companies, thereby giving the international construction industry access for the first time to detailed information about the further course of the project.

Over the next few months until 18 January 2013, the companies can prepare their request for prequalification and submit it to Femern A/S.

“We are now ready to begin the process of finding our future contractors. The companies that we prequalify will take part in the competition to win contracts for one of the world’s biggest tunnel projects. We expect to prequalify the best contractors in the world. The objective of the prequalification process is to ensure that the contractors comply with our requirement of being among the very best at what they do. This is also the international contracting industry’s guarantee that the project is moving forward into a new and crucial phase,” says Claus F. Baunkjær, CEO, Femern A/S.

The objective of the prequalification process is to select the strongest contractor consortia with the right mix of competencies. The consortia, which may comprise German, Danish and other international companies, must document in their prequalification request that they can handle the job, both technically and financially. Femern A/S wishes to prequalify four or five applicants to submit bids for the four large-scale contracts which will be put out to tender next year.

The four contracts for the coast-to-coast link are:

1) Dredging of the seabed and land reclamation;

4) Construction of portal structures, ramps and associated land facilities (for details see the appendix ‘Facts about the four contracts’).

“The immersed tunnel under the Fehmarnbelt will be the biggest of its kind in the world, and the entire construction project will be one of Europe’s largest workplaces for a number of years. It is a complex and unique project in many ways, and it is therefore vital that we have plenty of time for the prequalification and tender processes so that we can keep to our overall plan to commence construction in 2015 and open the link in 2021,” says Claus F. Baunkjær.

Prequalification is primarily intended for large companies which are used to working in international environments. Small and medium-sized companies in the German and Danish regions around the Fehmarnbelt will be taken into consideration in 2013 when the prequalified contractors begin the process of drawing up their bids based on the tender documentation from Femern A/S.

Concurrently with the prequalification and tender processes, Femern A/S will continue its work to complete the EIA report for the Danish authorities and the application for the German plan approval. Femern A/S expects these elements to be in place by summer 2013, after which time the respective authorities in both countries will review the project according to existing national legislation. The construction work will only be initiated when the approvals have been given in both countries.

At the end of the tender round, once the contractor’s bids are known, the Danish Parliament is expected to pass a construction act for the project at the turn of 2014/2015. The consolidated construction estimate for the coast-to-coast link comes to EUR 5.5 billion (2008 prices). 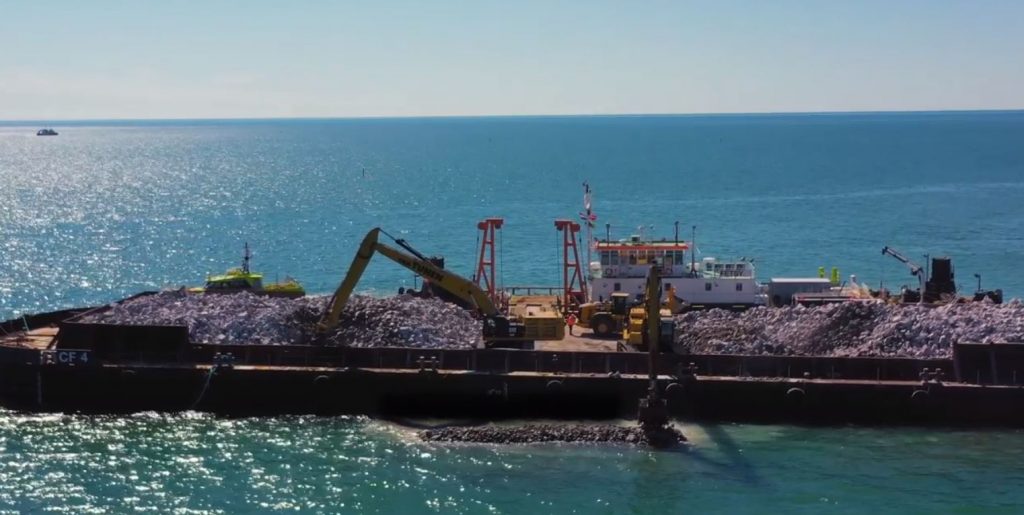