Minister for Ports Denis Napthine met with port operator DP World today, to inspect the company’s investment in new equipment that will assist in boosting capacity and productivity at their Port of Melbourne container terminal.

Dr Napthine joined DP World Australia Managing Director Ganesh Raj at DP World’s terminal at West Swanson Dock and said the investment was a vote of confidence in the health of the Victorian economy.

“Trade at the Port of Melbourne continues to thrive with the 2.58 million twenty foot equivalent (TEU) containers moving across the docks in 2011-12,” Dr Napthine said.

“The Victorian Coalition Government recently announced a $1.6 billion expansion of the port which includes new container and automotive facilities at Webb Dock in addition to the expansion of capacity at the existing Swanson Dock container terminals which will be achieved through a number of efficiency measures.

“We welcome DP World’s investment in 22 new fuel efficient diesel-electric straddle carriers which represents a significant commitment to long term operation at the Port of Melbourne and is a vote of confidence in the Port expansion project.

“It is important for government and the private sector to work side-by-side so we can achieve the best outcome that benefits business, the broader economy and all Victorians,” Dr Napthine said.

DP World’s analysis of fuel consumption data has indicated that the new diesel-electric straddles will consume 11 per cent less fuel per operating hour when compared to the previous diesel-hydraulic fleet.

Mr Raj said 14 of the new straddles had already been in operation to date, and this final batch of 8 would come into service in time for the peak Christmas import season.

DP World today also launched a three month trial of Caltex B20 Biodiesel Fuel into the eight new straddle carriers with a view of transforming Australia’s largest container port into a dynamic and environmentally sustainable operation. 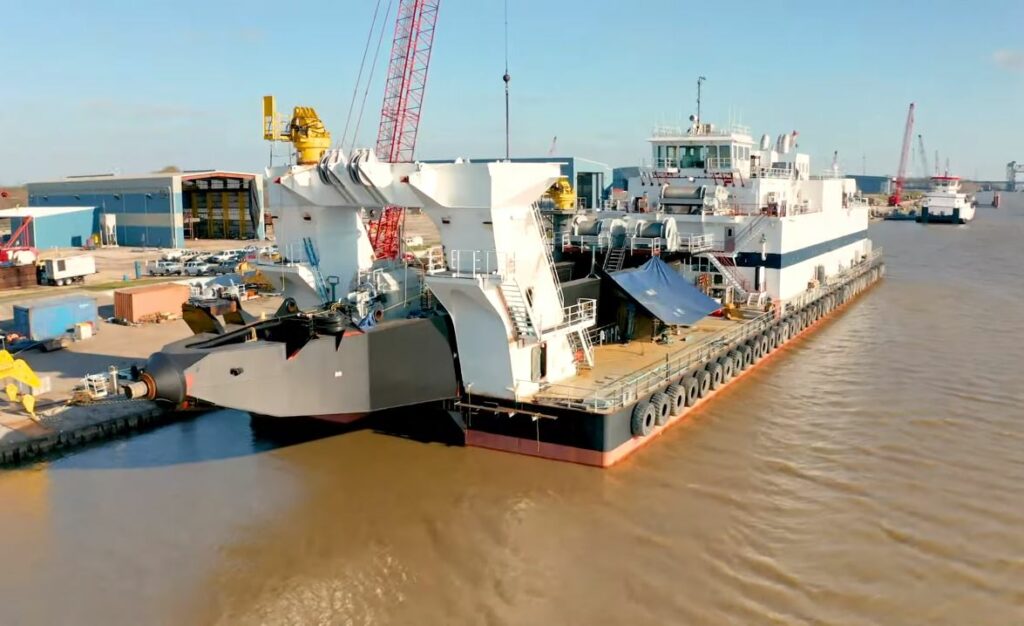