The USACE Galveston District is tasked with maintaining the Texas portion of the Gulf Intracoastal Waterway to ensure this important component of the Texas and U.S. maritime system remains open for commerce.

Working with the partners, the Texas Department of Transportation, Texas ports and organizations such as the Gulf Intracoastal Canal Association, the district keeps the GIWW deep and wide enough to meet current shipping demands, which is key to the economic competitiveness of Texas ports.

Q. What is the GIWW?

A. The Gulf Intracoastal Waterway is a 1,300-mile-long, manmade canal that runs along the Gulf of Mexico coastline from Texas’ southernmost tip at Brownsville to St. Marks, Fla., linking all of the Gulf Coast ports and enabling the state to handle more than 50 percent of the waterway’s traffic. The Texas portion extends for approximately 423 miles from Sabine River to Port Isabel, Texas, and serves as a critical link between the deep draft and shallow draft ports while providing an interstate link for commodities transported in and out of the state.

One of the primary functions of the GIWW was to provide protected inland transportation of goods and troops during World War II. Since then, the waterway has expanded to accommodate commercial and recreational vessels and handles approximately 73 million tons of freight annually along the Texas portion alone.

Q. How was the GIWW constructed?

A. The GIWW was financed and constructed by the federal government through the United States Army Corps of Engineers. In 1873, the federal government passed the Rivers and Harbors Act of 1873, which allocated funds to conduct a survey to connect the inland waters along the margin of the Gulf of Mexico from Donaldson, La., to the Rio Grande River in Texas by cuts and canals to develop the intracoastal waterway.

A series of congressional acts passed between 1925 and 1942 allowed for continued expansion of the waterway. By 1941, the GIWW in Texas extended from the Sabine River to Corpus Christi with a bottom width of 100 feet and a depth of 9 feet. Legislation passed in 1942 extended the canal to Brownsville and changed its dimensions to 125-feet wide by 12-feet deep. Construction was completed in 1949 and by 1975, the Texas legislature enacted the Texas Coastal Waterway Act granting the state sponsorship of the main channel of the Texas portion of the waterway.

Q: What is the Galveston District’s role in keeping the GIWW open for navigation?

A: The USACE Galveston District is tasked with monitoring the channel conditions and maintaining sufficient depths within the Texas portion of the GIWW. Staff is also tasked with operating the Brazos River Floodgates and Colorado River Locks. Monitoring is accomplished by performing hydrographic surveys while maintaining depths is accomplished through maintenance dredging performed periodically throughout the 423 miles. Approximately five million cubic yards of dredged material is either placed in authorized placement areas and/or used for beneficial use such as beach renourishment projects annually. The USACE Galveston District staff oversees approximately $25 million annually in GIWW operations and maintenance contracts.

Q. What is the district doing to ensure the GIWW coexists with residential and commercial development?

A. The district is currently updating its setback policy along the GIWW for two main purposes: To protect the channel to ensure safe navigation by continuing to regulate the distance that marine structures can be constructed in vicinity of the authorized channel and to analyze known hazardous locations for navigation along the GIWW and assess whether changes to the setback distances are needed in order to maintain navigation safety. Staff will add visibility of the setback by creating a downloadable overlay on the district’s website that will show where the setbacks are located with respect to the authorized channel along the GIWW.

Q. What is the significance of the GIWW to local communities, the state and nation?

A. The GIWW was established to provide commercial navigation, support for and encouragement of interstate commerce, safe harbor for shipping from inclement weather and protection for shipping from wartime enemy attack and remains an essential component of the state’s and nation’s transportation network.

In 2010, more than 72.7 million tons of cargo transited along the Texas portion of the GIWW with an estimated value of $40.7 billion. If measured against all the nation’s ports, the Texas portion of the GIWW would rank seventh in the nation with respect to total tonnage. The GIWW provides an intra- and inter-state link between the Gulf deep-draft ports, refineries and chemical processing facilities and will continue to play an important role after the expansion of the Panama Canal. 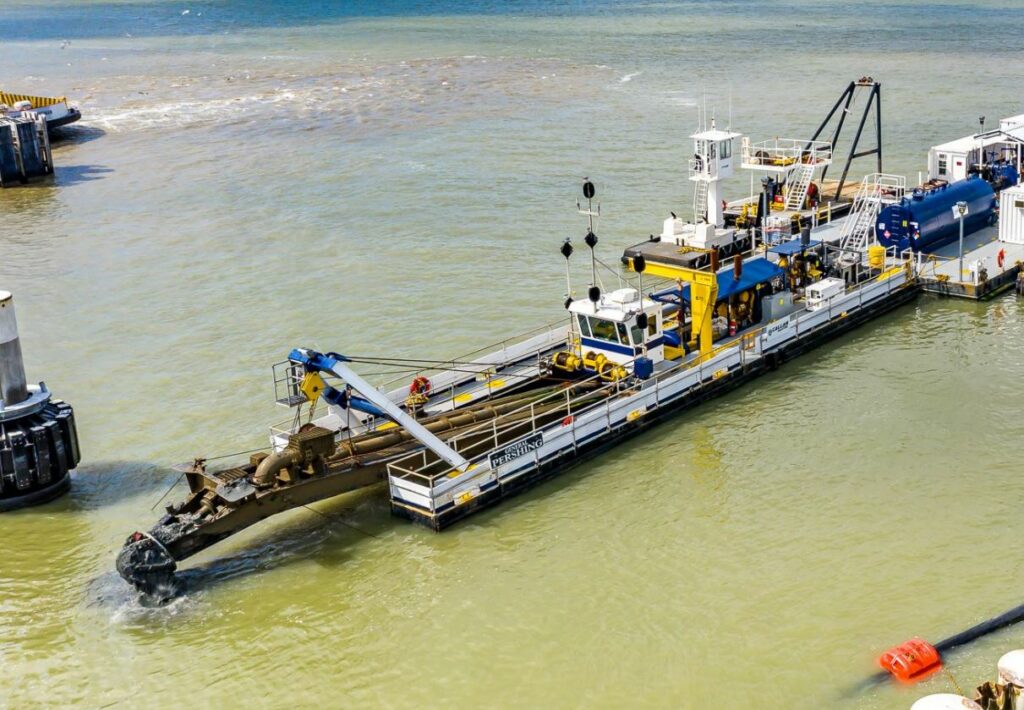