The U.S. Army Corps of Engineers Galveston District awarded a small business contract to Apollo Environmental Strategies Inc., in the amount of $3,750,050 to construct a rock containment perimeter at the Gulf Intracoastal Waterway (GIWW) adjacent to the Aransas National Wildlife Refuge in Calhoun County, Texas.

“Once the containment perimeter is constructed, material from our maintenance dredging will be placed in a configuration to allow for the creation of Whooping Crane habitat,” said Alicia Rea, a project operations manager with the USACE Galveston District’s Navigation Branch. “This beneficial use site will provide for future disposal capacity for GIWW maintenance requirements to allow us to continue to fulfill our mission of keeping waterways open for navigation and commerce along the Texas coast.”

According to Rea, work will be performed during an authorized construction window which runs from April to October to minimize impact to critical habitat at the wildlife refuge.

“The Corps employs an environmental management framework to provide structure and accountability within its business processes to help enhance and expand the positive impacts of its mission, while reducing, mitigating or eliminating negative impacts,” said Rea. “We remain committed to being good stewards of our environment and will work between the authorized timeframe to minimize any impact to the Whooping Crane population.”

Work is scheduled to begin in early May 2013 with a scheduled completion of September 2013. 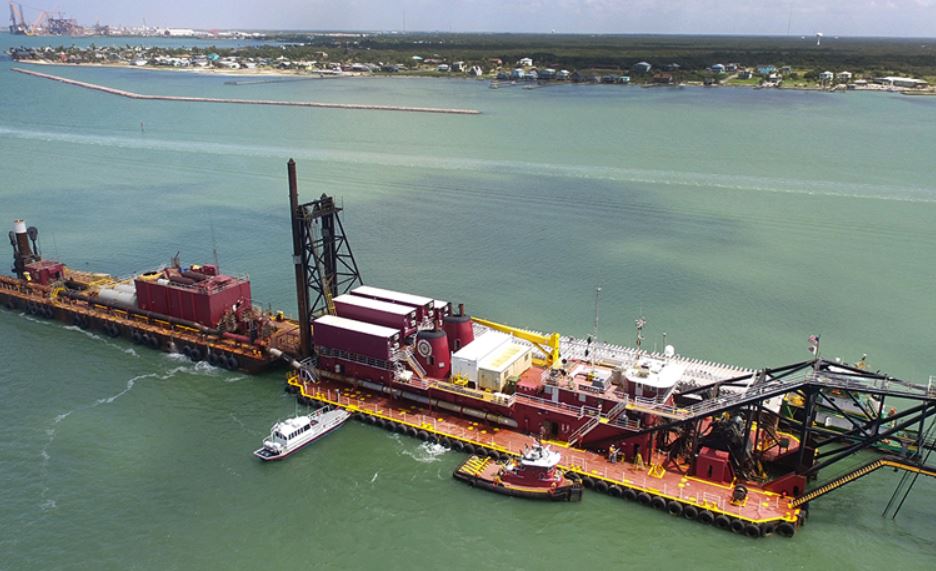