The Port of Rotterdam is currently undergoing a massive extension called Maasvlakte 2.

Between 2008 and 2013, 240 million cubic metres of sand have been deposited from which 210 million m3 is dredged from a sand extraction area in the North Sea and around 30 million m3 comes from dredging the port basins and the Yangtzehaven. During the first phase 700 hectares of new port area will be created.

A combination of hard and soft sea defences in the North Sea will protect the new port from the elements.

Beach and dunes with a length of 7.3 km form the soft part of the sea defence. The 3.5-km-long hard sea defence comprises 7 million tonnes of rock and around 20,000 concrete blocks weighing 40 tonnes a piece.

PUMA (Project Organisatie Uitbreiding Maasvlakte) formed by Netherlands-based dredging companies Van Oord and Boskalis are responsible for the design, construction and maintenance of this immense project.

The economic importance of the port extension is significant. The area added to the port in the 1970s, Maasvlakte 1, has virtually no room left for new companies and existing clients that wish to expand. The Maasvlakte 2 project will contribute to keeping the Port of Rotterdam in its current position as Europe’s most important port.

With the construction of the 20-m-deep harbour basins and access channel it will be ready for the container ships of the future. 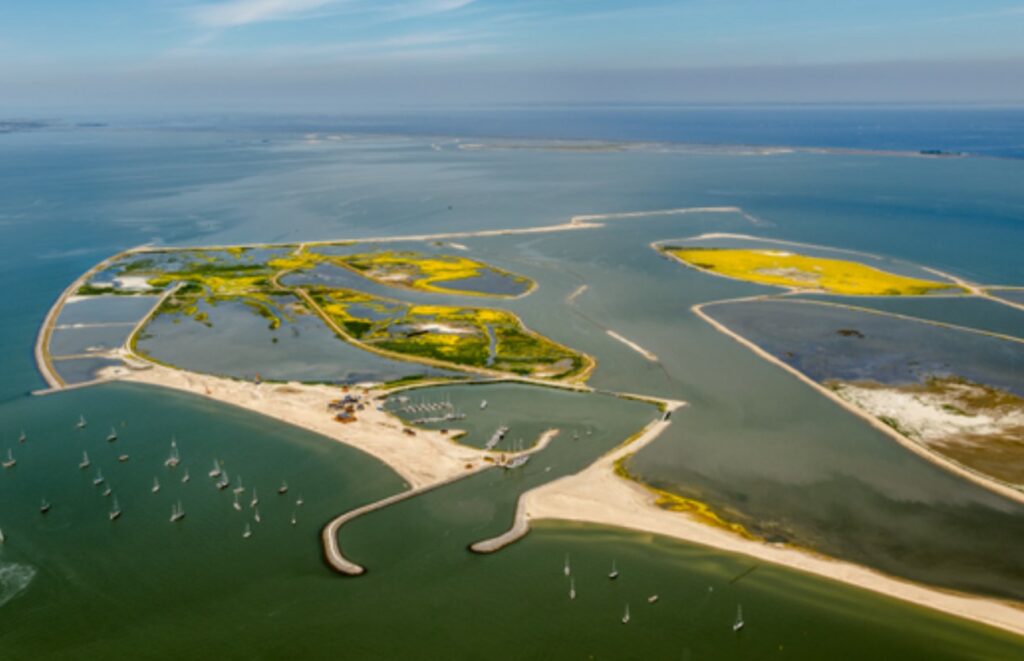