Governor Scott stated: “I am writing regarding the Corps of Engineers’ inaction that led to your decision to open the S-80 Control Structure to relieve the stresses on the outdated Lake Okeechobee Herbert Hoover Dike System. The result of dumping polluted water into the St. Lucie and Caloosahatchee estuaries has already led to fish kills, toxic waters, and will undoubtedly impact the regional economy.

The 50-year-old Lake Okeechobee structure is supposed to be a 100 percent federal responsibility. Yet, it has deteriorated due to a lack of investment and maintenance by the Corps of Engineers.

Sadly, had the federal government met all of its obligations in maintaining the Lake Okeechobee dike system, promptly authorized critical projects that benefit the region and met their cost-match promises, the environmental conditions of this region could have been improved and the crisis in the region today would have been mitigated. But, because of the federal government’s inaction and funding delays, I respectfully ask the Corps of Engineers and Congress to immediately meet the following goals to help the region:

– Fulfill your cost-match obligations by investing $1.6 billion in South Florida environmental projects, which you owe the state in lost cost-share;

– Provide flexibility to the State of Florida and local partners to pursue critical projects by providing block grants for the design and construction of the projects.

While the Corps is supposed to be our equal partner in many of these endeavors, the federal government has only invested about $989 million to date. To help restore the environment and mitigate the impacts on our communities and help restore our Florida waterways, the State of Florida has already invested more than $2.5 billion in South Florida environmental projects. Too often, Florida families have footed the bill for the federal portion of these projects. The federal government owes Florida about $1.6 billion in investments for these projects.

This is not the first time the federal government has short changed Florida on its commitments. In the case of Florida’s ports, Florida families stepped up and paid for the federal portions of critical projects, including more than $35 million for the PortMiami deep dredge and $38 million to correct Mile Point at JAXPORT. Both projects serve to grow jobs and bolster the entirety of the U.S. economy (in fact, President Obama has been here to tout their success even after short-changing Florida on their funding), but federal leaders were incapable of providing funding or leadership for these type of projects that propel our nation forward.

Moreover, many projects are being held up due to federal red tape, and state and local partners do not even have the opportunity to move forward with projects that would clean water and mitigate impacts to the region. For example, the C-43 reservoir project in Hendry County would store storm runoff water and mitigate damage to the Caloosahatchee River estuary. Unfortunately, this critical project is yet to even be authorized by the federal government.

Equally troubling, as certain areas of the dike begin to experience seepage in the middle of hurricane season, the Corps has advised that it cannot begin hardening walls on the dike system again until 2017. As a result, the Corps is now managing the lake’s water level more to address the stability of an aging dike, rather than protecting the water quality and ecology of the St. Lucie and Caloosahatchee estuaries. To make matters worse, the state is pouring money into the one authorized project that can provide storage and treatment for the St. Lucie community, C-44, while the federal government, yet again, is behind in their funding commitment.

Despite the federal government’s gap in investments and delays, we have a responsibility to protect and improve the quality of life for Florida families, and that’s why today we announced that we are committing $40 million to complete the C-44 Storm Water Treatment Area Project (STA).

Our Florida Families First budget invested $20 million into the C-44 STA, and with a 50-50 cost share agreement, Florida taxpayers should have only had to invest another $10 million to complete the project in a timely manner. The seriousness of the situation in the region, compounded with failed federal funding commitments, warrants our immediate action. With this $40 million state investment we will cut the completion date in half and offer a long-term solution to the problem the Corps’ maintenance delays have contributed to creating.” 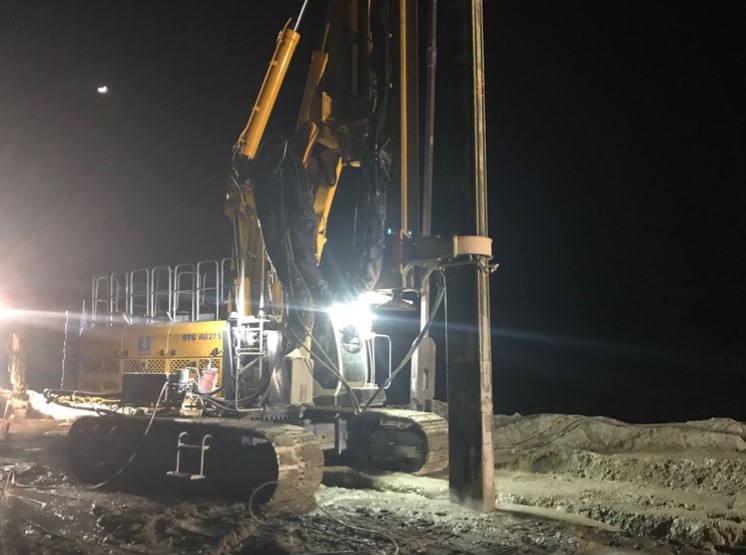