The Lake Improvement Association announced it is seeking nominations from its members and the public to name the new dredge currently being built for Grand Lake St. Marys.

Grand Lake St. Marys State Park Manager Brian Miller has honored the LIA by allowing the non-profit organization to suggest a name for the dredge, which will be deployed in 2014 to help remove nutrient-rich sediment and foster clean lake water.

“The LIA is honored to be able to name the new dredge, which is yet another positive step toward the restoration of Grand Lake St. Marys,” said LIA Vice President Mark Piening.

“Brian Miller, Tom Grabow and their staff have made record-breaking progress toward removing sediment from the lake over the past two years, and we’re excited to be able to play a small role in their Herculean efforts by providing a name for the dredge. Of course, our members are the strength behind the LIA and the public are Grand Lake St. Marys’ stakeholders, so we want to bring everyone in on the effort to identify the perfect name for the new dredge.”

Such nutrient-rich sediment plays a role in the development of algal blooms, so removing it is an important part of the process to restore Grand Lake St. Marys. 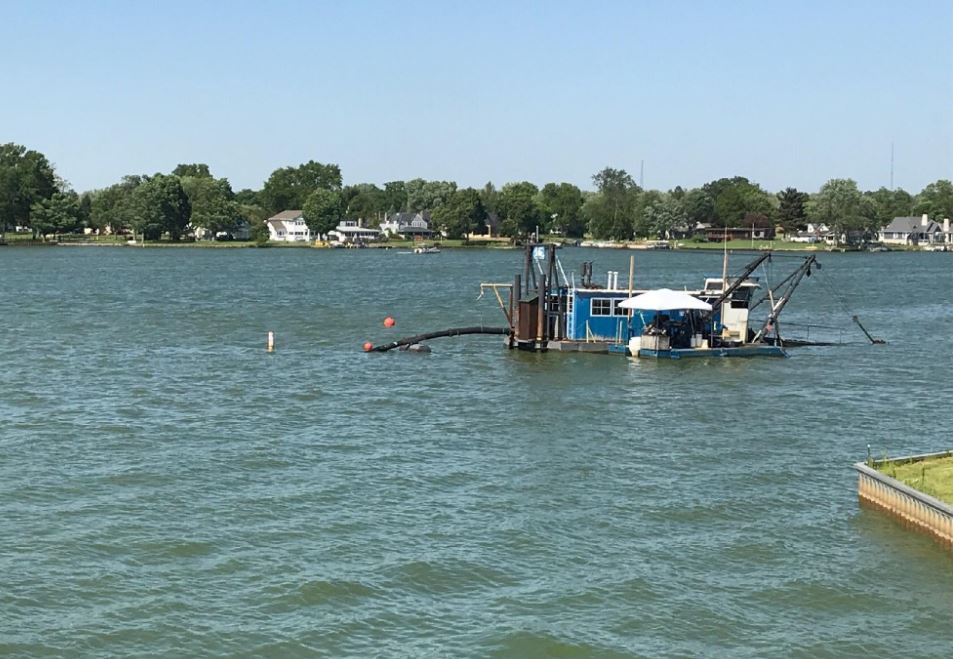