Advertisement
Back to overview
Home Dredging Today IADC: Ready for the Future

IADC: Ready for the Future

The month of January begins a year-long celebration of the 50th anniversary of the founding of the International Association of Dredging Companies (IADC).

Incorporated in May 1965, the association brought together 60 participants of 38 international dredging contractors from 12 countries.

Dredging has always been an invisible industry: the work is done underwater, low-keyed, pragmatic and highly technical. Deeper waterways and sub-marine pipelines cannot be seen. Land reclamations are platforms hidden beneath buildings and airports.

In 1965 these companies decided that the time had come to explain dredging’s benefits to society and the economic and social advantages to be reaped from well-planned maritime infrastructure construction.

From the start the group sought to promote fair trade practices and tendering processes, thorough soil investigations prior to a project and adherence to high environmental standards. Several significant communication tools were developed:

– Terra et Aqua Journal, a technical-scientific publication, was launched and now appears quarterly in print and online, presenting articles from experts in the maritime sector;

– The Facts About series of executive summaries and the annual Dredging in Figures are newer additions;

– Other publications, the FIDIC Contract for Dredging Works, Environmental Aspects of Dredging, Dredging for Development, and the Hydraulic Fill Manual, have been developed in cooperation with sister organisations, such as WODA, EuDA, IAPH, FIDIC, PIANC, the UN and OAS-CIP. The IADC is committed to cooperation with a wide range of international bodies and attends, co-sponsors and presents at their conferences.

The IADC also recognises the urgency of education and of rewarding the achievements of young researchers in a variety of dredging-related fields:

– The Young Author Award is presented regularly at appropriate conferences for excellent papers and presentations by authors younger than 35 years of age;

– The IADC Seminar on Reclamation was initiated in the 1990s and continues to be attended in venues from Europe to Africa to Asia and the Americas. Notably the seminar in June at UNESCO-IHE will mark the 50th such event.

What has also distinguished the IADC members over these past 50 years is their commitment to innovation: new forms of contracts, early contractor involvement, investments in new environmentally sound technologies and support of research institutes such as EcoShape/Building with Nature, the pursuit of highly qualified personnel and encouragement of higher education programs in dredging.

Safety has become a central concern and the members are addressing this together to create harmonized industry safety standards.

The IADC main members today comprise the foremost private dredging companies and their 100 affiliates are spread all over the globe. The aim 50 years ago was to make dredging comprehensible to all who come in contact with maritime infrastructure challenges – be it port authorities, government agencies, land developers or citizen stakeholders.

Today new tools have been added – social media and digital publications – but the priority remains the same.

AN EXCLUSIVE CONFERENCE IN HONG KONG: ‘FROM BIRTH TO BOOM: ASIAN MARITIME MEGASTRUCTURES’

The land reclamation for Hong Kong’s Chek Lap Kok Airport platform marked a turning point for the modern dredging industry and the beginning of a building boom in Asia. To return to the roots of this masterpiece of maritime infrastructure, a high-level conference is being organised on 23 October 2015 at the Island Shangri-La Hotel, Hong Kong.

Top level executives of the IADC member companies will be present to welcome participants.

Keynote speaker Mr. Robert D. Kaplan, Chief Geopolitical Analyst for Stratfor, a private global intelligence firm, and a non-resident senior fellow at the Center for a New American Security in Washington, will open the event.

‘BEYOND SAND AND SEA’ – A LIMITED EDITION BOOK

To celebrate a half century of maritime infrastructure construction, the IADC members dug deep into their archives to gather photographs of 50 major projects realized over the last 50 years.

These photos and descriptions illustrate vividly that dredging is far more than excavating sand and placing it in the sea.

The book defines where the dredging industry started and how far it has evolved into a supplier of essential maritime infrastructure for land development, the oil and gas offshore industry, wind energy, ports and harbors and coastal protection in these times of climate change.

IADC’S DREDGING SEMINAR IS CELEBRATING TOO

The IADC’s Seminar on Dredging and Reclamation has been a best-seller for almost 25 years. More than a 1000 participants can testify to the in-depth learning experience of the week-long course presented by experienced dredging engineers from the IADC member companies.

The Seminar will be celebrating its 50th presentation this June at UNESCO-IHE in Delft, the Netherlands.

Although Terra is a few years younger than the IADC, from its inception the magazine has reported on the changes, growth, improvements and innovations in the dredging industry.

The Terra archive contains innumerable maritime engineering feats showing how dredging technology transformed engineering dreams into reality. To honor the IADC’s 50th anniversary, each Terra et Aqua in 2015 will highlight an aspect of these achievements.

A WEBINAR: DREDGING EQUIPMENT IS AMAZING

Much has changed in 50 years and at the top of the list is dredging equipment: bigger, better, safer and more environmentally friendly. To focus on these outstanding innovations, a special “50 Years of Dredging” webinar on advances made in dredging equipment is being organized. 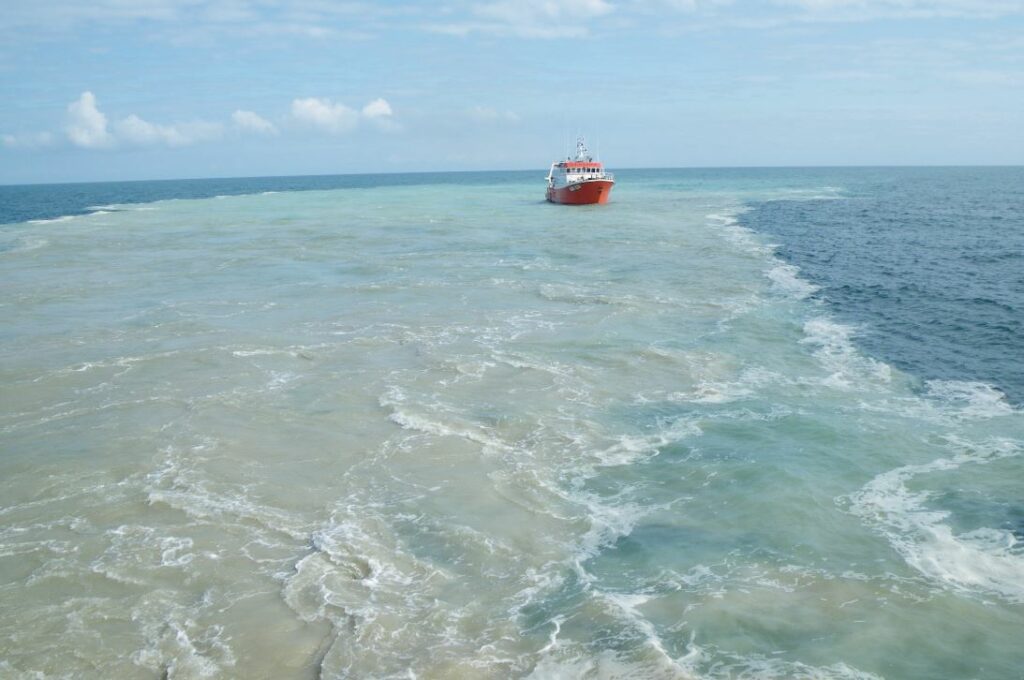