Hudson River Dredging About to Begin

With April now behind us, only a few days are left before the beginning of what is expected to be the last year of Hudson River Dredging project.

The 2015 season marks the sixth year of remedial dredging where approximately 250,000 cy of PCB-contaminated sediment is targeted for removal.

In 2015, several areas will need to be dredged that are logistically challenging, including shallow areas behind islands, areas near dams, and the “land-locked” section of river located between the Thompson Island Dam and Fort Miller Dam. As in 2014, dredging will also continue in a two-mile section of river near Fort Miller that is inaccessible by boat.

The dredging required by the EPA’s Record of Decision is expected to be completed this year, with habitat reconstruction activities extending into 2016. Once dredging is complete, the processing facility and any associated support properties will be decommissioned in accordance with project requirements.

In February 2002, the U.S. Environmental Protection Agency issued a Record of Decision that calls for dredging of approximately 2.65 million cubic yards of PCB-contaminated sediment from a 40-mile section of the Upper Hudson River between Fort Edward and Troy, New York. The cleanup has occurred in two phases and is being conducted by General Electric Company (GE) with EPA oversight.

Phase 1 occurred in 2009 with the dredging of approximately 283,000 cy of PCB-contaminated sediment from a six-mile stretch of the Upper Hudson River near Fort Edward, New York.

The second and final phase (Phase 2) began in June 2011 and includes the remainder of the targeted contaminated river sediment. To date, approximately 2.5 million cy of PCB contaminated sediment has been dredged. 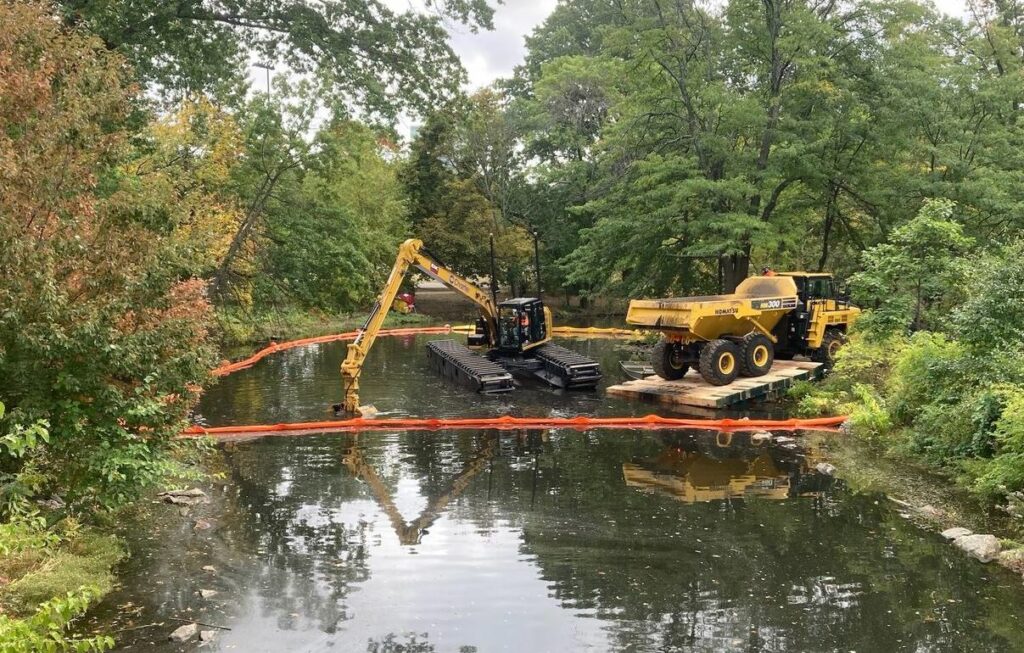