The first segment of beach renourishment scheme is completed on the east end of Navarre Beach, Florida.

Weeks Marine staff have shifted the sand pumping distribution pipe toward the west as they wrap up beach renourishment on the east end.

Navarre Beach is now open to the public from behind Beach Colony Resort eastward through Navarre Beach Marine Park to the border of Eglin Air Force Base property, according to the South Santa Rosa News.

Crews are removing sections of pipeline from that area and will be shifting those westward.

During the works, approximately 1.6 million cubic yards of sand will be placed from just east of the Gulf Islands National Seashore to the eastern limits of the Navarre Beach Marine Park, increasing the width of the beach berm by 100 to 200 feet.

If all goes according to schedule, the project will be completed by mid-June. 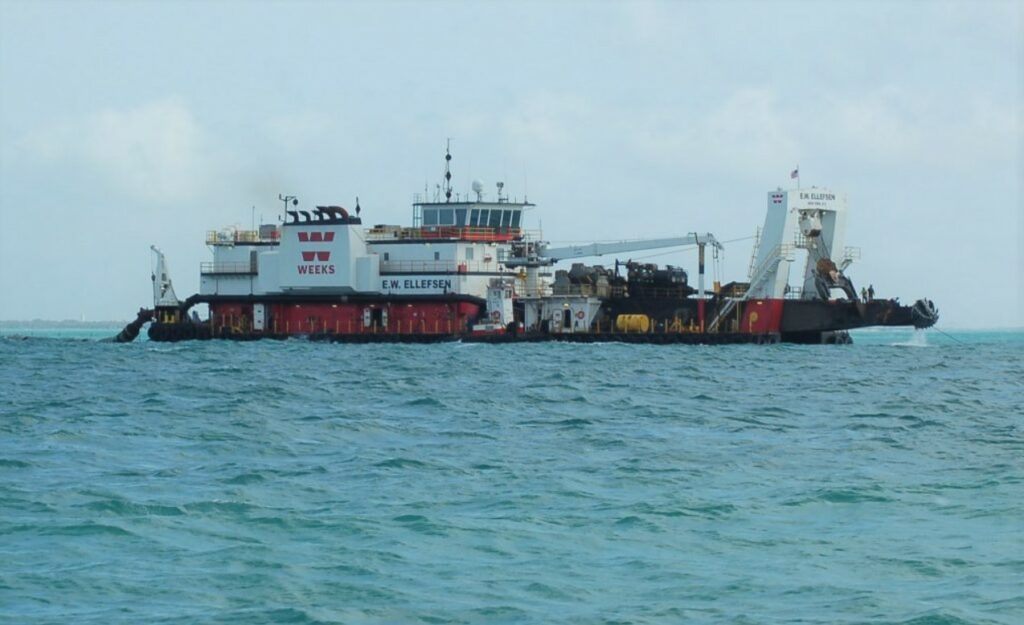