He said that dredging operations at the mouth of the Mississippi River are “the most important infrastructure project in America.”

“Dredging the Mississippi has become an ever-greater priority because the newly expanded locks on the Panama Canal now support the movement of the larger neo-Panamax ships. The use of these ships is growing, because larger vessels reduce transportation costs,” he said.

“If these new supercargo ships abandon the Port of South Louisiana, there is no guarantee they will return. American farmers would be cut off from the global marketplace; this would send economic shockwaves through rural economies. Consider that 60 percent of all grain exported from the United States is shipped via the Mississippi River Ship Channel. Indeed, the Mississippi River Basin produces 92 percent of the nation’s agricultural exports and 78 percent of the world’s exports of feed grains and soybeans.

“Currently, the goal is to get the U.S. Army Corps of Engineers to dredge the Mississippi River Ship Channel to 50 feet. This would allow passage of cargo ships with a draft of up to 50 feet, as opposed to 45 feet, which is the maximum draft today. The draft of a ship’s hull is the vertical distance between the waterline and the bottom of the hull (keel) and determines the minimum depth of water a ship can safely navigate.”

Aucoin and the Port leadership believe it is essential to educate policymakers across the United States about the importance of the Port of South Louisiana to the economic well-being of the nation and the need for Congress to allocate more federal resources to the U.S. Army Corps of Engineers to perform the dredging. 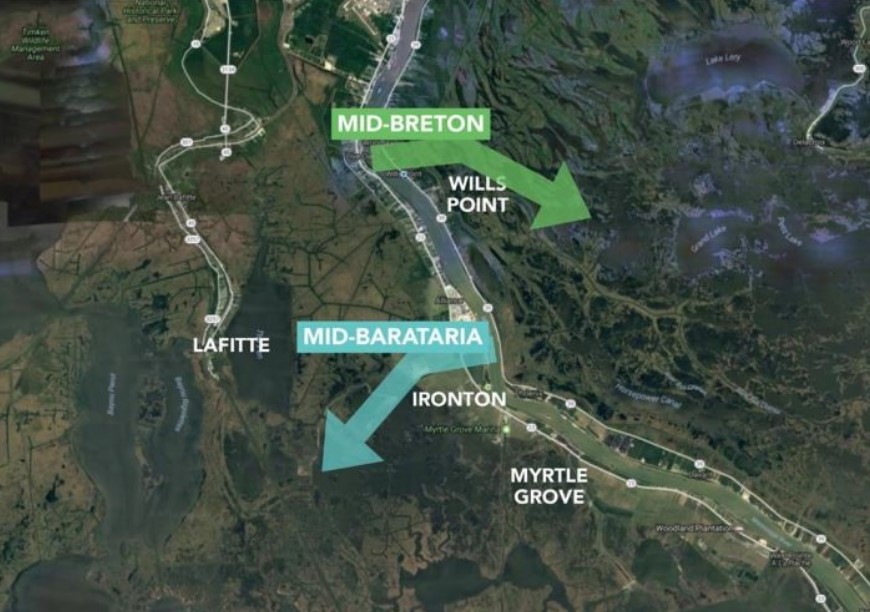