The Port Everglades Navigation Improvements Project has received federal authorization for the U.S. Army Corps of Engineers to move forward with deepening and widening of the navigation channels.

The authorization is part of the Water Infrastructure Improvements for the Nation (WIIN) Act signed into law December 16, 2016, by President Barack Obama.

The project is currently in the preconstruction engineering and design phase, and can now proceed through the permitting and federal funding processes, said the port in a release.

“After nearly 20 years of hard work, determination, and cooperation between our federal, state and local partners, I am pleased to see the Port Everglades expansion and deepening project moving forward,” added Congressman Alcee Hastings.

The Port Everglades Navigation Improvements Project addresses safe shipping requirements as older cargo fleets are being replaced with much larger ships that require wider channels and deeper water. Funding for the project will be shared between federal appropriations, revenues generated through Port Everglades customer fees, and grants from the State of Florida.

The main features of the project are to deepen the main navigational channels from 42 feet to 48 feet (plus 1-foot required and another 1-foot allowable overdepth for a total of 50 feet), and to deepen and widen the Entrance Channel and parts of the Intracoastal Waterway so that cargo ships can pass safely by docked cruise ships. 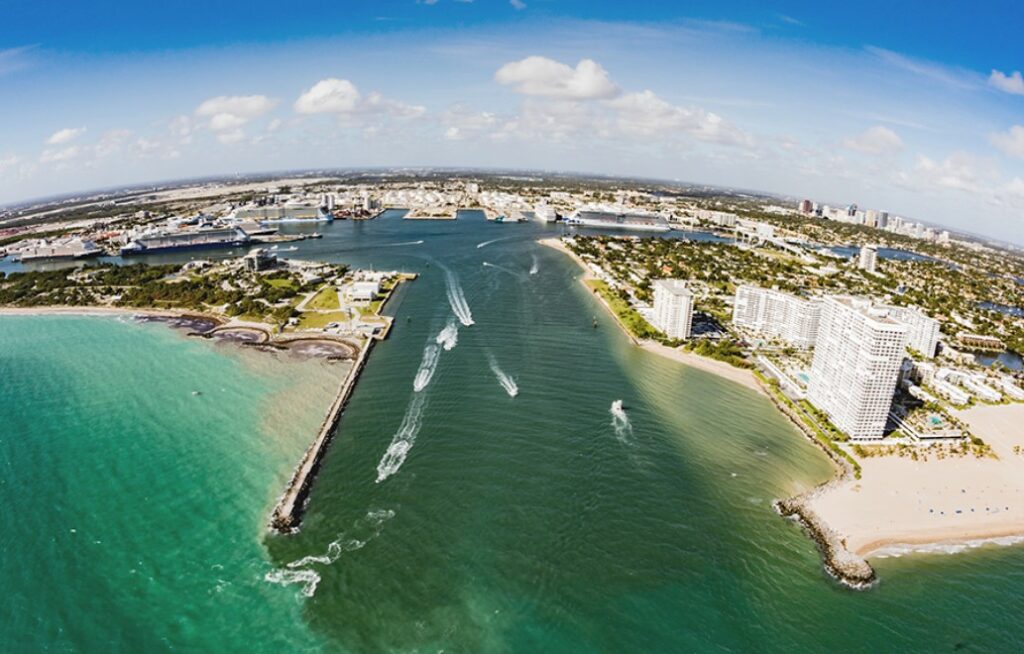