Van Oord, a Rotterdam based company specializing in dredging, marine engineering and offshore projects, has just announced that in 2016 their revenue decreased to an amount of EUR 1.71 billion (2015 EUR 2.58 billion) and net profits went down to EUR 90 million (2015: EUR 169 million).

Deteriorated market conditions were tangible in the Offshore oil & gas division, with revenue standing at EUR 130 million, considerably lower than in 2015 (EUR 242 million).

Offshore Wind Projects generated EUR 394 million in revenue, compared with EUR 715 million in 2015. The decline mainly had to do with the Gemini project, which was in full swing in 2015 and was completed in 2016, said the company.

Pieter van Oord, CEO Van Oord, said: “After two years of explosive growth, 2016 was a year of dwindling revenue and declining profits. Worsening conditions in the dredging and offshore oil and gas markets put revenue and margins under pressure.”

“The downward trend has many different causes: the completion of major projects, the low oil price, slower growth in world trade and overcapacity of dredging and offshore equipment. Market conditions in the maritime sector were extremely difficult in 2016.”

Van Oord executed various dredging projects in 2016. In the Netherlands construction of the largest sea lock in the world, IJmuiden, started. Van Oord dredged the waterways for diverting shipping traffic.

Furthermore 2016 was also the year in which Van Oord worked on the Prorva project in Kazakhstan. A new 68-kilometer-long access channel to the Tengiz oil and gas field will be completed mid-2017.

In the port development segment, Van Oord deployed its jumbo hoppers on the Kaohsiung project in Taiwan, where it has begun reclaiming 250 hectares of land. Van Oord worked also on the project for APM Terminals to construct a new container terminal in Moín, Costa Rica.

In 2016, Van Oord expanded its fleet and replaced various vessels.

“We invested in modern and efficient vessels that can produce more output at a lower unit price and require less maintenance. Modern vessels consume less fuel, allowing us to achieve our carbon emission reduction targets. All in all, our investment has lowered the total cost of ownership of our fleet,” Van Oord said.

Van Oord launched two new cutter suction dredgers in 2016: the Mangystau – which the company was able to deploy immediately on the Prorva project in Kazakhstan – and the Biesbosch. In the summer of 2016, Van Oord added the Costa Verde to its fleet, a small trailing suction hopper dredger with a hopper capacity of 2,680 cubic meters, making it ideal for the Mediterranean market with its shallow waters and small harbors.

The company also continued supervising the construction of three new vessels in 2016, with Van Oord itself defining and designing the technology, i.e. the mission equipment.

Subsea Rock Installation (SRI) vessel Bravenes, a new type of flexible fallpipe vessel, will be completed in Xiamen (China) in 2017.

The Vox Amalia and the Vox Alexia, two mid-sized trailing suction hopper dredgers, are currently under construction in Bilbao (Spain), in part according to Van Oord’s design. 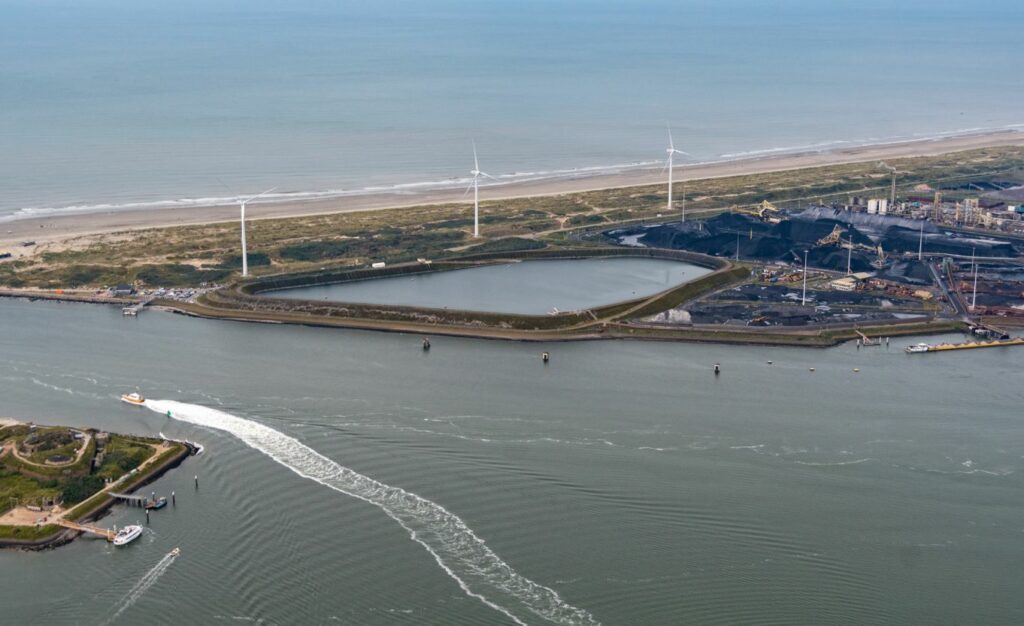