The USACE Galveston District announced yesterday that an Illinois based dredging contractor is about to begin initial staging operations for the removal of sediment and debris from the West Fork of the San Jacinto River.

The FEMA-funded project covers about two miles of the West Fork of the San Jacinto River near the West Lake Houston Parkway and Lake Houston. FEMA guidelines limit the operation to restoring pre-Harvey conditions.

“This is the beginning of the first phase of a very challenging project,” said Al Meyer, a USACE Galveston District administrative contracting officer. “This project involves dredging and debris removal of 1.8 million cubic yards of sediment that has contributed to recent flooding in that area.”

He said that the community should start to see activity within the next two-weeks. Meyer also added that the conference allowed project team members to interact with Great Lakes representatives to ensure a complete understanding of contract requirements.

“The clock starts today; our contractors have 270 days to complete the project that will work to reduce, but not eliminate flooding, and return the area to pre-Harvey conditions,” said Meyer.

Corps surveying began in April to determine sediment levels within the West Fork of the San Jacinto River after FEMA responded to a State of Texas request under the Stafford Disaster Relief and Emergency Act of 1988. 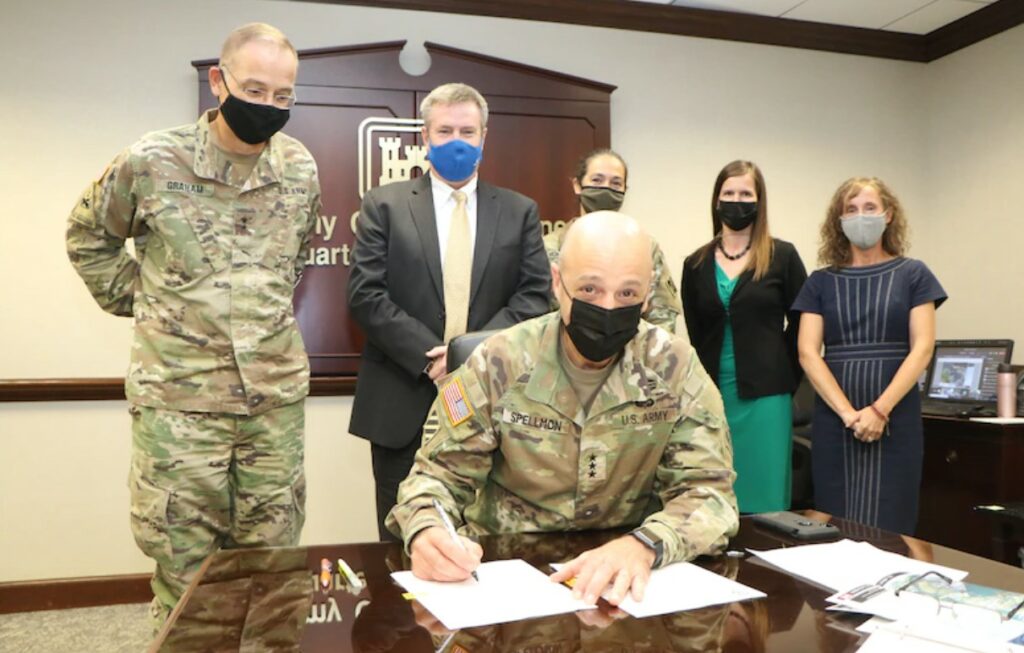