ABP’s operating division UK Dredging (UKD) has celebrated the 50th anniversary of one of its key dredging vessels – the Cherry Sand.

To mark the occasion, UKD invited some of the vessel’s original crew members, now retired, along with other guests, to join the current crew aboard the Cherry Sand in her home Port of Grimsby for a commemoration service.

Attending the event were also Jake Pass, The Mission to Seafarers Senior Port Welfare Officer and Reverend Julie Donn, Honorary Chaplain, who delivered an address and blessed the ship and crew.

The Cherry Sand was built by Appledore Shipbuilders in North Devon for ABP’s predecessor the British Transport Docks Board and first entered into service in 1968.

The grab hopper dredger was designed to maintain the Port of Grimsby, which is also Cherry Sands’ Port of Registry. Today, the ship operates much further afield, dredging not only on the Humber but at ports all around the UK.

During her working life the Cherry Sand has moved an estimated 25 million tonnes of mud, silt and sands from berths, docks and harbors and their approaches.

Paul Mitchell, General Manager, UK Dredging, said: “It is important that we recognize the contribution that the Cherry Sand and her crew have made during the past 50 years. We have continued to invest significantly in the ship, its systems and machinery to ensure that it meets all of the requirements of modern standards and continues to operate safely and efficiently.”

“The most significant recent investment was the replacement of its dredging crane in 2016 at a cost of over £1 million. With replacement engines planned within the next few years, we can expect the vessel to continue to operate to an extremely high standard for decades to come,” added Paul Mitchell.

Managed from its offices in Cardiff and operated by highly skilled and experienced crews, the UKD fleet routinely carries out over half the annual maintenance dredging requirement of the entire UK. 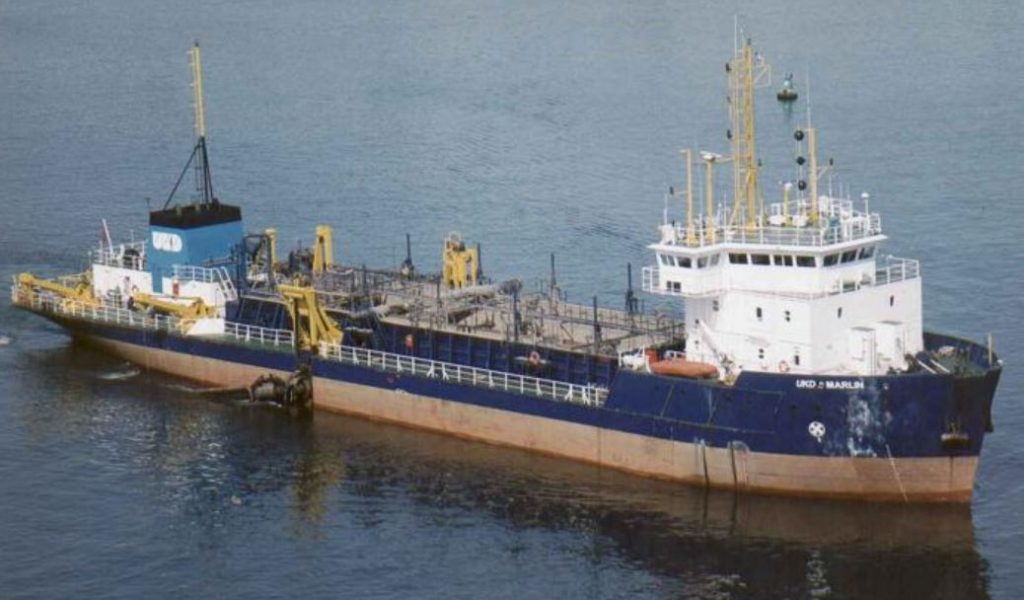