All Set for Port of Blyth Maintenance Dredging

A Port of Blyth maintenance dredging program is set to begin on September 5 and will last for a period of approximately 7 days, the port said in their latest release.

According to the official announcement, this dredging campaign will be undertaken at the port approaches, main navigational channel and operational commercial berths.

The Port of Blyth dredging scheme will include frequent trips to and from the spoil deposit ground approximately 3 miles ENE of the harbor East Pier and south bound past the wind turbine array.

Under this maintenance dredging work, the operations are going to be conducted over a 24 hour period by the trailing suction hopper dredger (TSHD) UKD Marlin and the tug/plough dredging vessel Blyth Endeavour.

According to UK Dredging (UKD), the vessel’s owner, the modern TSHD designed for use in open sea and estuarial locations, UKD Marlin has the ability and maneuverability to dredge in confined locations such as enclosed docks.

The vessel is equipped with twin suction pipes, swell compensators, de-gassing and drag-head jets. She has the facility to discharge via bottom doors or to pump ashore and is fitted with an underwater overflow via an adjustable weir. 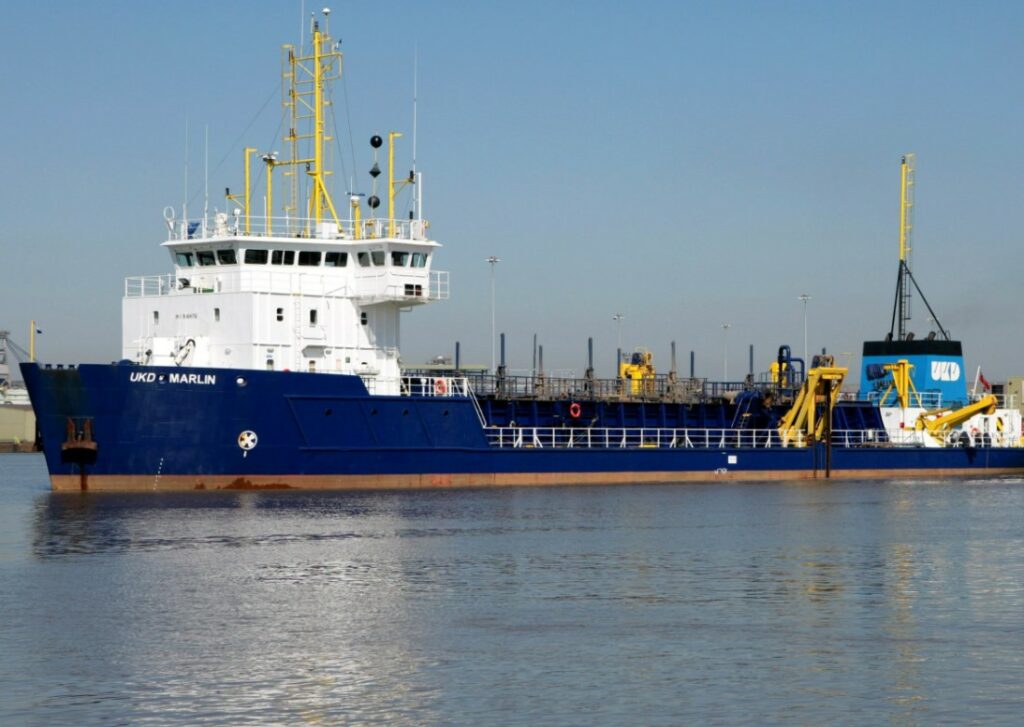