The Pima County Regional Flood Control District will begin removing approximately 150,000 cubic yards of sediment from the bed of the Santa Cruz River channel between Silverlake Road and Cushing Street on January 8, the County informs.

According to the officials, the process could take up to two months with work taking place Monday through Friday from approximately 6:30 a.m. to 5 p.m.

The project’s goal is to increase capacity of that stretch of the Santa Cruz ahead of potential winter rains. A buildup of sediment over the last 30 years has significantly reduced the carrying capacity of the river, with over 10 feet of sediment buildup in some places.

Once sediment removal is complete, the District will monitor the river and perform minor maintenance work approximately every five years, depending on flood activity.

“Lowering the level of the river bed will improve the channel’s ability to carry the significant amounts of runoff caused by the powerful storms we experience, in both the winter and during the Monsoon,” said project manager Colby Fryar. “We want to mitigate potential flooding during large storm events in neighborhoods such as Menlo Park, Barrio Hollywood and Barrio Kroger Lane and to protect bridges downstream.”

The Flood Control District will host an open house meeting on Tuesday, Dec. 4. from 5:30 to 7 p.m. at the Pima County Housing Center, 801 W. Congress St., to give the public an opportunity to meet the project team and review maps of the project. 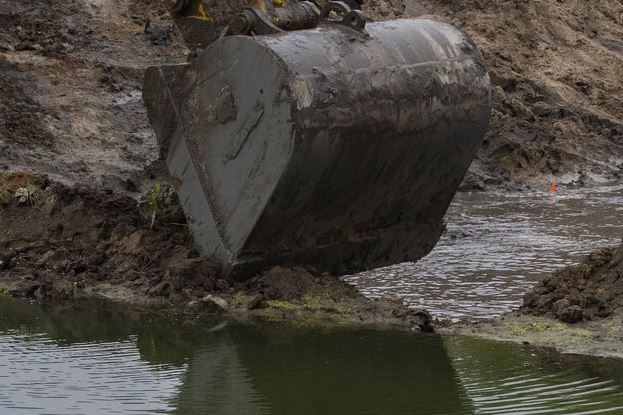