Inauguration of Levvel-Blocs Facility in Harlingen

The facility is producing the concrete armor units that will reinforce the Afsluitdijk Dam in the years ahead.

“The province is happy that Fryslân has a factory with such an innovative product. The ecological footprint is small and transports over water are short because the Levvel-blocs are produced near the Afsluitdijk, in Harlingen. This fits the character of the Afsluitdijk perfectly. We are also satisfied that many regional companies have helped to set up this factory. Just like many companies from this region are now helping to strengthen the dyke,” Avine Fokkens said.

The Levvel-blocs will be produced in an automated carousel system with more than one hundred revolving steel moulds.

The system is unique in the marine engineering industry. The process begins by filling the mould with concrete.

Once the concrete has hardened, the mould is removed. Production workers inspect the empty moulds, remove any remaining traces of concrete, and prepare them for the next casting.

The facility produces a Levvel-bloc approximately every nine minutes and can turn out at least one hundred blocks a day.

A large gantry crane moves the Levvel-blocs to the adjacent storage depot, where a loading dock has been constructed.

The same crane loads the blocks onto ships for transport to the Afsluitdijk.

Upon arrival, the blocks are installed on the dam straight from the ship to avoid disrupting road traffic as much as possible. 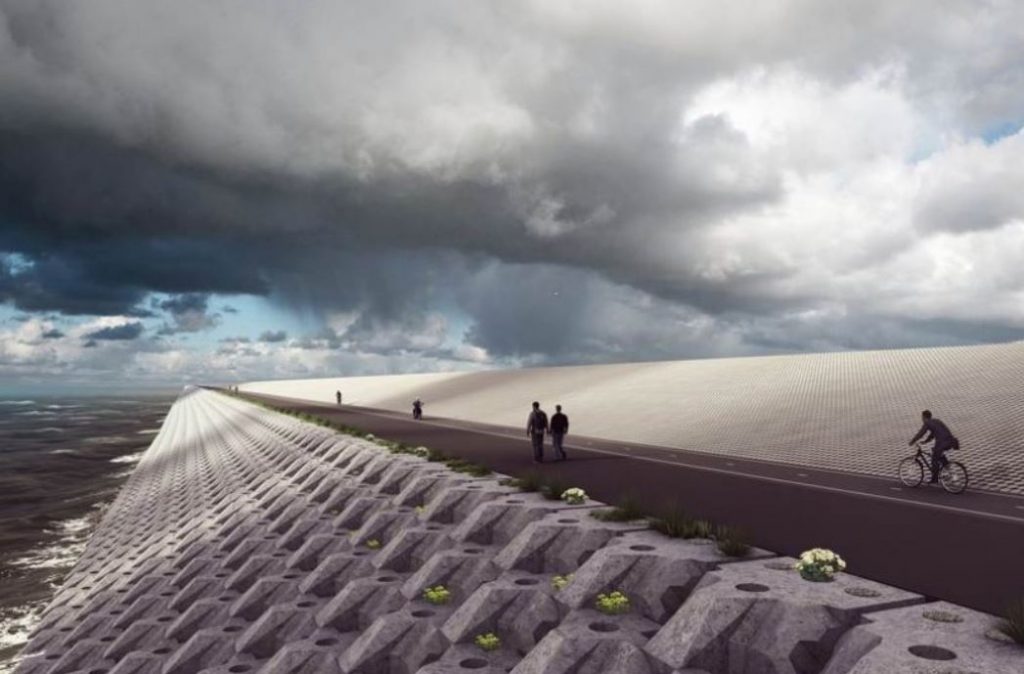