DNREC’s Shoreline & Waterway Management Section is preparing for the upcoming dredging of a vital channel for Delaware boaters, Massey’s Ditch, which is the main waterway connecting Rehoboth Bay to Indian River Bay.

The northern portion of the waterway – known as Baker’s Channel – will also be dredged as part of the project. Baker’s Channel is the alternate route for boaters to take to get from Rehoboth Bay to Indian River Bay when Massey’s Ditch becomes impassible due to shoaling, said DNREC.

In preparation for the project, DNREC’s Division of Watershed Stewardship channel-marking crew is removing all aids to navigation (buoys) from Baker’s Channel.

Over the last several years, numerous buoys from Baker’s Channel have been lost during the winter, due to icing and extreme weather conditions, and it has become very expensive to continue to replace them. The channel-marking crew will return in the spring prior to the boating season to restore these navigational aids, said DNREC.

The Massey’s Ditch dredging project will begin early next month, and be completed by the end of February.

When the project is complete, Massey’s Ditch will be dredged to a width of 100 feet and a depth of 7.5 feet.

According to DNREC, about 100,000 cubic yards of material – almost completely comprised of sand – will be dredged, and pumped to the north side of Indian River Inlet to help replenish the beach at Delaware Seashore State Park in order to protect against erosion and storm damage. 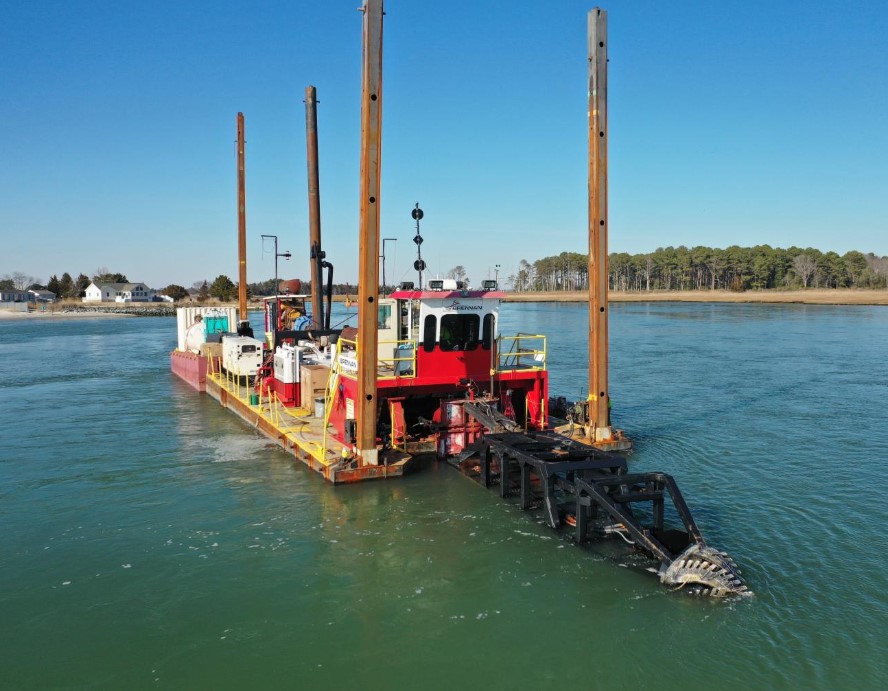