Wasa Dredging and joint-venture partners Van Oord have completed the Kokkola dredging project according to schedule.

The Kokkola fairway opened on the 30th of September 2020 with a new navigational depth of 14m, Wasa reported.

During the works, “Optimus” took care of the “risk masses” that could contain left-over explosives from the war. While “Optimus” handled the risk masses “Harald” started to dredge polluted material using a specially constructed water tight clam-shell bucket.

In May 2019, after the ice had melted, the project continued with the dredging of non-contaminated, non-risk masses.

Two months later, “Harald” replaced “Hector” for the remainder of the season as “Hector” had to take care of other projects.

In April 2020 the works continued for the third straight season. “Optimus” again continued with the hard masses while “Hector” started blasting from the outer parts of the fairway.

During the summer of 2020 Wasa had to mobilise both “Boulder” and “Harald” to meet the time-schedule.

After the completion of the project, “Harald” stayed in Kokkola to finish up some additional work while “Hector”, “Optimus” and “Boulder” moved on to new projects.

Overall, the value of the dredging project was around 50 million euro of which Wasa Dredging had about 90% of the work and Van Oord around 10% of the work. The work area stretched about 17 km from start to finish. 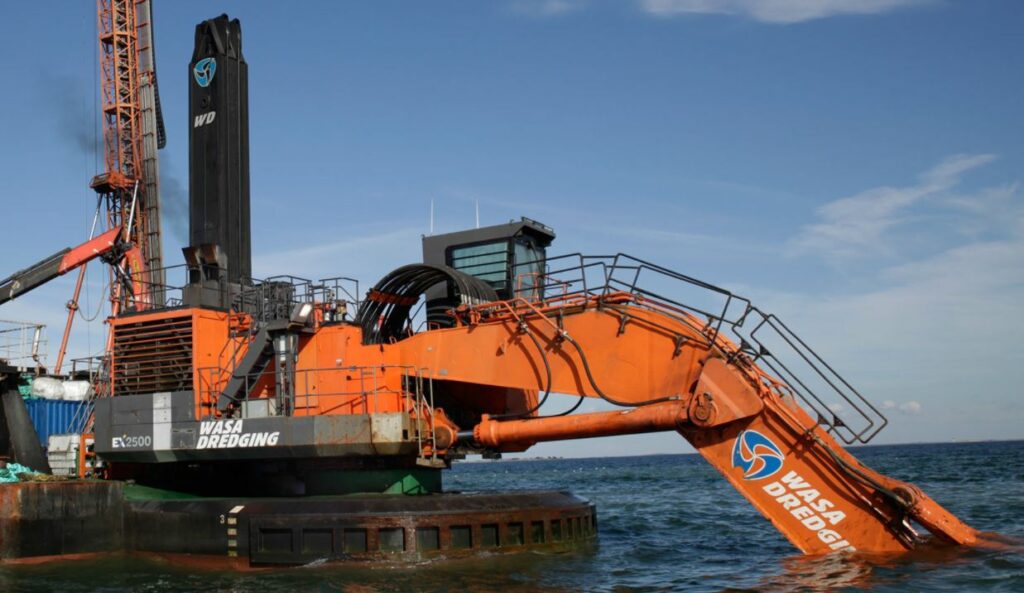