Southsea Coastal Scheme has made the top five list – out of 67 entries – as ‘People’s Choice’ in the 2021 SECBE Constructing Excellence Awards for the heritage maintenance work on Long Curtain Moat.

The project scored an impressive 421 votes, and while it didn’t win the top prize at the awards ceremony, the public support for the work was a win in itself.

Project Manager Rupert Teasdale said: “It’s fantastic to get public recognition for the work that we put into the restoration of this historic asset, and to see that people appreciate the difference the project has made to the appearance of the moat.”

The project team was a finalist in the awards for its sensitive approach to restoring Long Curtain Moat – one of the last surviving parts of Portsmouth’s town fortifications – to its former glory.

Crucial heritage and enabling works were undertaken from September 2019, involving repairs to the inner moat walls as well as preparation work for the start of the Southsea Coastal Scheme.

Methods used were sympathetic to the historic significance of the area and included using floating pontoons for easy access that limited damage likelihood. Where possible, hand tools were used to ensure the necessary protection of the heritage asset.

A steam cleaning method was approved by Historic England to transform the moat walls, removing much of the staining to bring them close to their original white colour.

Portsmouth was the only British town where moat defences were adopted. Lord Nelson passed through the brick-lined sally port under Long Curtain Moat in 1805 on his last departure from England.

The moat is unique in that it falls under two separate Scheduled Ancient Monuments: Long Curtain, King’s Bastion and Spur Redoubt, and Point Battery including King Edward’s Tower and Square Tower. 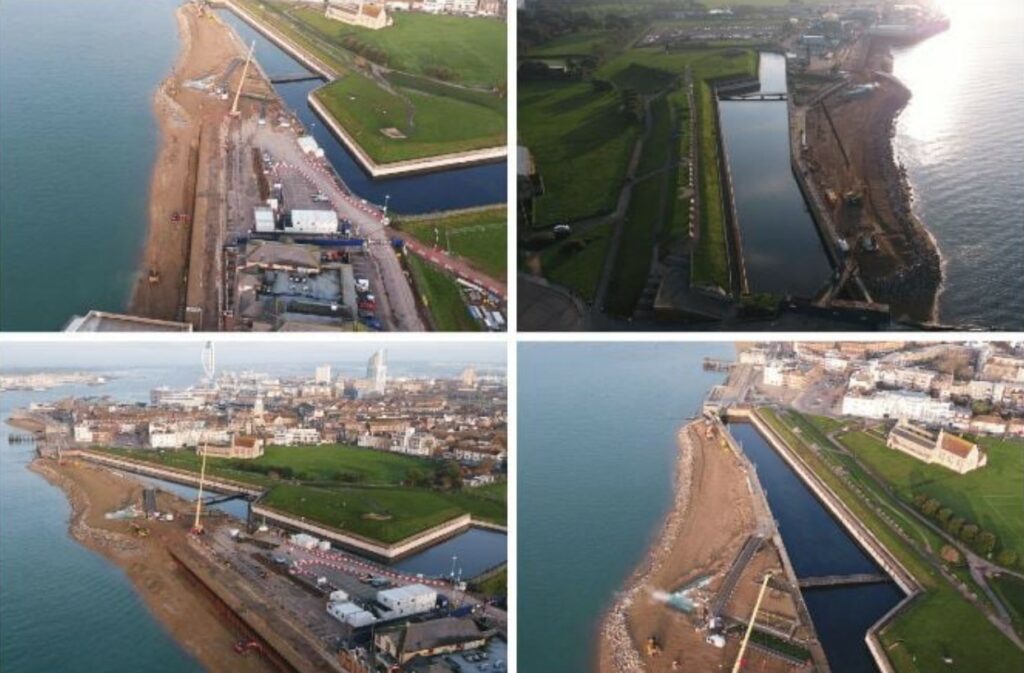