Less manual handling means more workplace safety for a vessel’s crew, and on Van Oord’s dredger Vox Amalia this is being provided by the debris removal platform.

The automated debris removal platform now safely removes debris that will fall onto the deck after recovering the draghead of a trailing suction hopper dredger.

During dredging, debris can fill the trailing draghead of a trailing suction hopper dredger. When the suction pipe is brought back on board, debris that was trapped in the draghead will then fall onto the deck.

This debris can range from large boulders to sticky clay and needs to be removed from the vessel.

The debris removal platform has performed this task since 2020. While developing the platform, the aim was to increase safety for the vessel’s crew, RUD said.

A bulldozer blade, driven by RUD TECDOS chains, simply pushes the debris back into the sea, at the touch of a button. So far, the Vox Amalia is the first vessel in the Van Oord fleet to be fitted with the innovative debris removal system.

On the Vox Amalia, the bulldozer blade is moved by RUD’s TECDOS PI-GAMMA chain drive solution.

The 2-in-1 chain drive solution was developed specially for vertical and horizontal applications and has a chain loop angle of between 90° and 180°. On Van Oord’s Vox Amalia, it is being used with a 180° chain deflection.

The TECDOS drive system installed on the vessel can handle loads of up 13 tonnes. 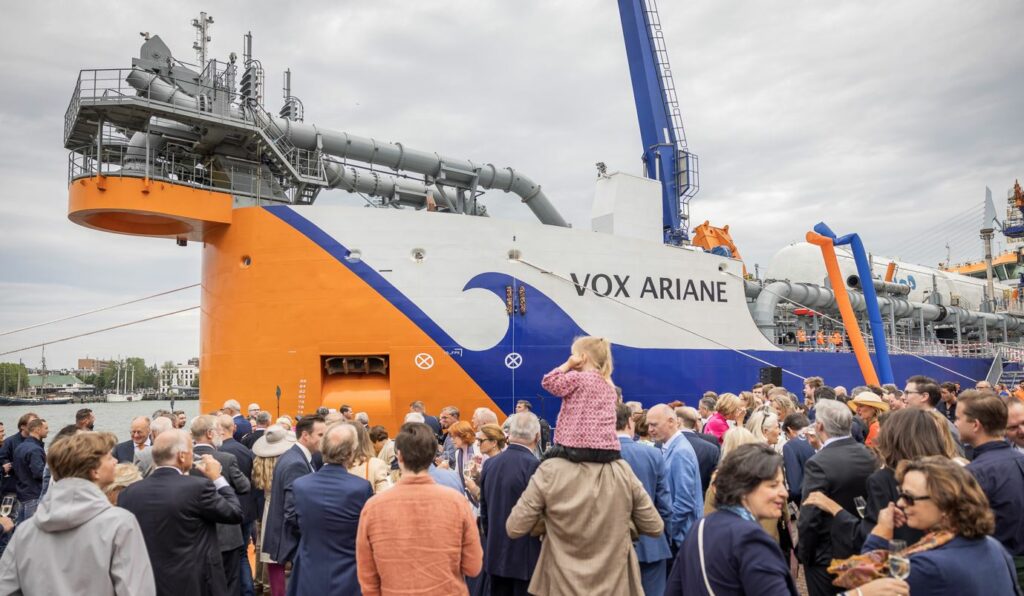