Mackley announced yesterday that the Hythe Ranges Sea Defence scheme has won the EA 2025 Award at the National Agency Awards.

The Hythe project was carried out by Van Oord, supported by their subsidiary partner Mackley and on behalf of the Environment Agency.

According to Mackley, this latest award was for the team who has delivered key work aligned to one of the three long term goals of the Environment Agency’s 5 Year Action Plan, which is helping to create a better place.

“Up against strong competition, the team’s submission was one of 390 applications for the 12 award categories. The judges praised the ‘teamwork’, ‘can-do approach and ‘outstanding partnership’, particularly with the MOD and our suppliers,” said Mackley. “They also liked the added value and our approach to ‘greening the grey’ with specific mention of the new benches and the various ways that we were able to significantly reduce the carbon emissions.”

John Gower, the Environment Agency’s Project Manager for this scheme, accepted the award. He said: “The successful completion in time and on budget, was key to meeting our area’s target of homes protected as part of the government’s £2.6 billion investment between 2015 and 2021, better protecting more than 314,000 homes from flooding.”

“As well as my colleagues at the Environment Agency, I’d like to thank our supply chain partners: Van Oord, Jacobs, Arcadis, Binnies, JBA, and Turner & Townsend each who have played their part in delivering a solution which has embraced the challenges of EA2025,” added Gower.

Take a look at a video of the scheme and learn more about this and Van Oord’s Lydd Emergency works here. 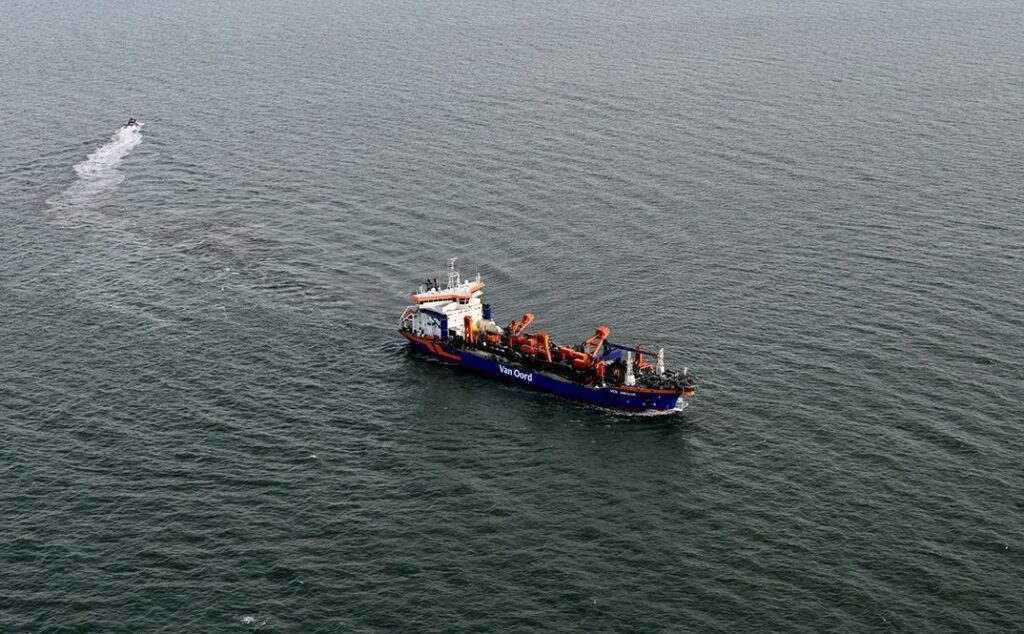