According to Poole Harbour Commissioners (PHC), dredging operations at Salterns Marina commenced in late November 2021 and continued until last week.

The works were carried out by the dredger Boxer. This modular pontoon can be either equipped with 30 tonne excavator for dredging, or 40 tonne crane for piling work etc. It was designed and built in 2016 by the sister company ML (UK) engineering to Lloyds LR rules.

Also assisting in the operations were tug Jolly Jack and hopper barge Hop 1, which took the spoils to the harbour spoil ground East of Brownsea Island.

Situated within one of the South Coast’s best boating locations, Salterns Marina provides outstanding access to Poole Harbour. The marina had a very dynamic and industrious past. The area has changed uses over the centuries from Salt Mining, Pottery transportation, WW2 flying boats airport and now an exclusive Marina and Marine Industry innovation base. 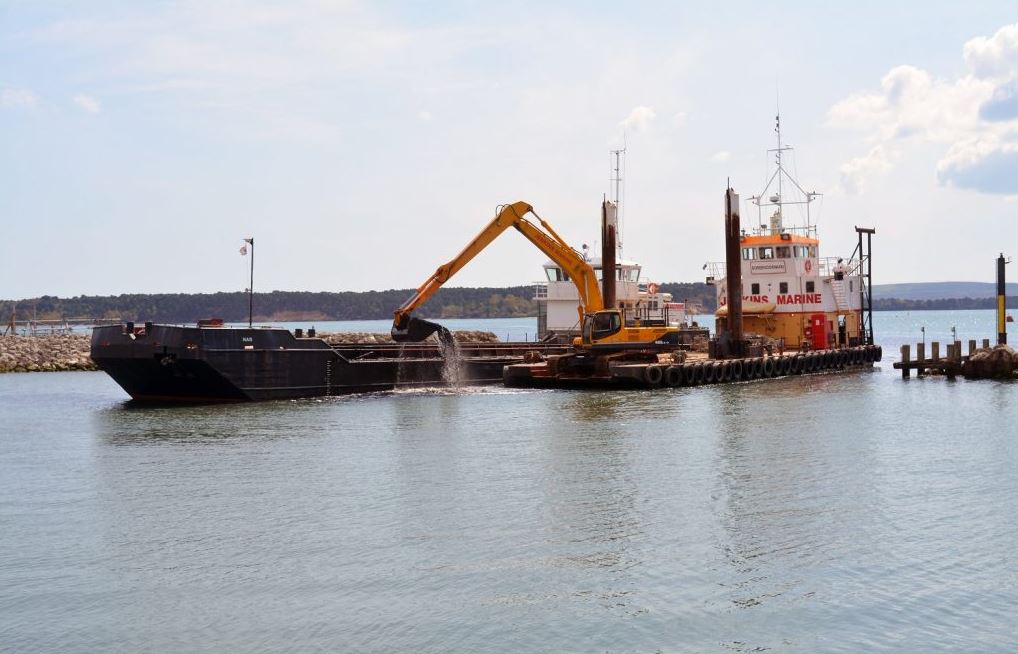