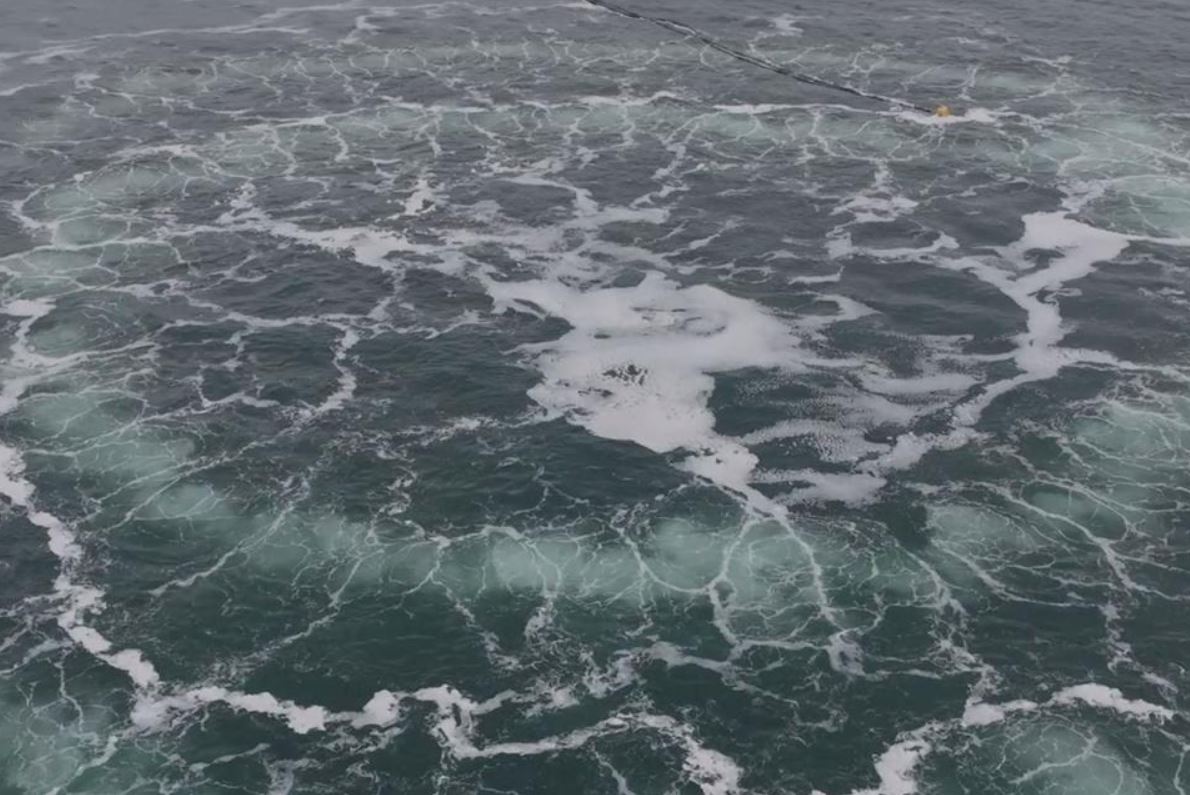 After intensive preparations and close coordination with the relevant Danish and German authorities, an unexploded depth charge on the Danish side of the Fehmarnbelt was defused yesterday.

A so-called bubble curtain was used during the controlled explosion to keep underwater noise to a minimum. Pingers and so-called ’seal scarers’ were used as acoustic deterrents to keep marine mammals, such as porpoises and seals, away from the affected area.

The area was also monitored by whale watchers.

The Second World War German depth charge was of the type D II. It was found on the Danish side of the Fehmarnbelt near the German border and the Natura 2000 area ‘Fehmarnbelt’.

The depth charge was discovered in the spring of 2021 during the thorough investigations of the seabed in and around the tunnel alignment.

The investigations were carried out for safety reasons prior to the start of dredging operations for the Fehmarnbelt tunnel.

The investigations revealed unexploded munitions in the Danish and German sides of the Fehmarnbelt. With the exception of the 125 kg depth charge, all finds were salvaged and rendered safe. The remaining bomb has now been defused by the successful detonation carried out under the highest safety measures.

“We’re pleased that the depth charge was defused in a controlled way today. Due to the proximity to the nature protection area and the German border, we coordinated the operation very carefully with the relevant Danish and German authorities. An important prerequisite for the commencement of the immersion of the tunnel elements from 2024 has therefore now been achieved,” said Jens Ole Kaslund, Technical Director, Femern A/S.

During the negotiations at the German Administrative Court in the autumn of 2020, Femern A/S undertook to make a bubble curtain available for any potential detonations in the project area. This was consequently deployed during the controlled explosion.