Great Lakes Dredge & Dock Corporation – the largest provider of dredging services in the United States and a major provider of commercial and industrial demolition services – today announced changes to its executive management effective immediately. Douglas B. Mackie, President and Chief Executive Officer, has decided with the Board of Directors to resign his positions and become Chairman Emeritus and Senior Advisor to the Company. Mr. Mackie will remain a director of Great Lakes.

Mr. Berger was a Partner in KPMG’s Corporate Finance practice from 1991 thru 1999 and was a Managing Director and Co-head of Navigant Consulting, Inc. (NYSE:NCI) Corporate Finance practice from 2001 to 2009. Currently, Mr. Berger is a Director and Chair of the Audit and Compensation Committees of Boise, Inc. (NYSE:BZ). He is a Certified Public Accountant and holds an MBA from Emory University.

Deborah A. Wensel, Senior Vice President, Chief Financial Officer and Treasurer, also has decided with the Board of Directors to resign her positions. Ms. Wensel will assist in the transition as a consultant to the Company through the end of the year.

The Board has appointed Bruce J. Biemeck as President and Chief Financial Officer. Mr. Biemeck has served as a member of the Company’s Board of Directors since December 2006 and most recently served as Lead Director, Chair of the Compensation Committee and a member of the Audit Committee and Nominating and Corporate Governance committee. Mr. Biemeck will remain a director, but will no longer serve as Lead Director or on any Board committees.

Mr. Biemeck has deep institutional knowledge of Great Lakes’ business, having served as the Company’s Senior Vice President, Chief Financial Officer and Treasurer from 1991 to 1999. Since 1999, Mr. Biemeck has been a private real estate investor and developer and has acted as an independent consultant. He received a B.S. from St. Louis University and an M.B.A. from the University of Chicago. He is a Certified Public Accountant.

Great Lakes Dredge & Dock Corporation is the largest provider of dredging services in the United States and the only U.S. dredging company with significant international operations, averaging 30% of its dredging revenues over the last three years. The Company is also one of the largest U.S. providers of commercial and industrial demolition services. Additionally, the Company owns a 50% interest in a marine sand mining operation in New Jersey which supplies sand and aggregate used for road and building construction. Great Lakes has a 120-year history of never failing to complete a marine project and owns the largest and most diverse fleet in the U.S. industry, comprised of over 180 specialized vessels. 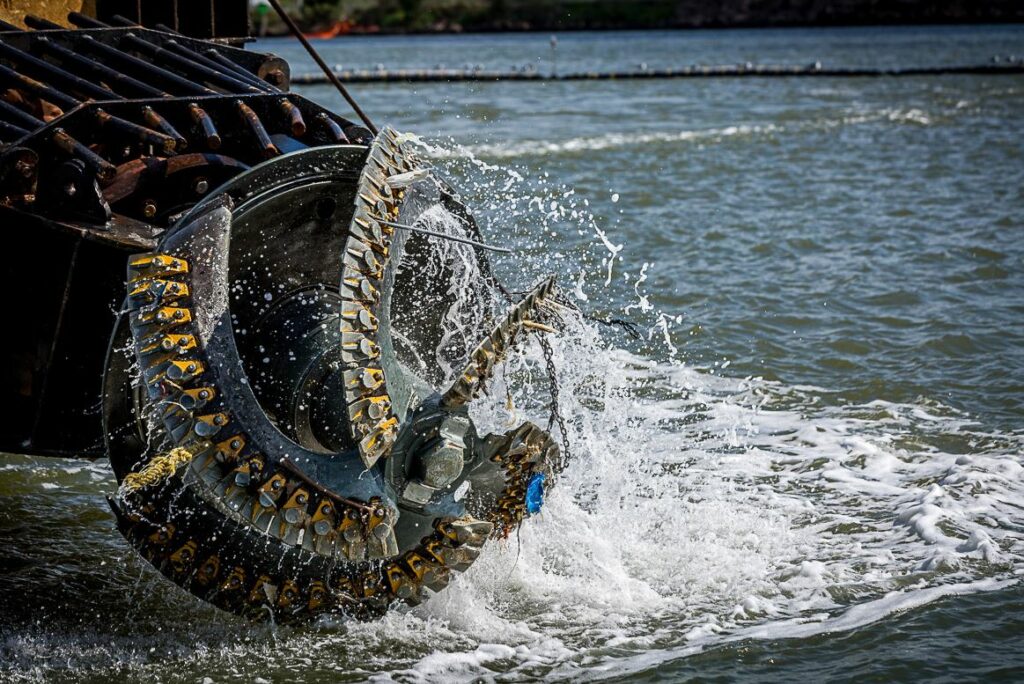