The Netherlands: Archaeologists Find Habitation Sites in Port of Rotterdam

The site of what is now Rotterdam’s Yangtzehaven was inhabited by humans in the Middle Stone Age. At a depth of 20 metres, in the sea bed, unique underwater archaeological investigation found traces of bone, flint and charcoal from around 7000 BC. These finds are the very first scientific proof that humans lived at this spot in the Early and Middle Stone Age. Up to now, very little was known about this period in particular, the Early and Middle Mesolithic, so far to the west of the Netherlands.

The striking results were announced yesterday by the Port of Rotterdam Authority and the Cultural Heritage Agency of the Netherlands. The Port Authority’s Project Organisation Maasvlakte 2 is responsible for the expansion of the port in the form of Maasvlakte 2. The archaeological investigation that is being conducted is part of a series of studies being carried out in connection with the construction of Maasvlakte 2. Delltares, Bureau Oudheidkundig Onderzoek Rotterdam (Archaeological Research Office) and the Archeologisch Dienstencentrum (Archaeological Service Centre) are among the parties involved in these studies. The Cultural Heritage Agency of the Netherlands is guiding the research and is the supervisory authority.

Some 9000 years ago, the area where the North Sea and the port of Rotterdam can now be found was a river landscape created by the Rhine and the Maas. Due to the rich flora and fauna, this was an attractive place for hunters and gatherers. We know from the Middle Stone Age period that the hunter-gatherers lived in small family groups of about 10 people. They wandered around the area, showing a particular preference for river dunes, which provided safety when the rivers flooded. The river dune on which they lived at the time now lies 20 metres below the New Amsterdam Water Level. As the Yangtzehaven is to form the access waterway to Maasvlakte 2, this harbour needs to be deepened. Part of the river dune will disappear as a result. That is why this unique excavation is now being conducted below sea level. This investigation is geared towards gathering information about the early habitation of the area.

The bone remains found up to now are small fragments (smaller than 1 cm) of burnt and unburnt animal bone. The unburnt bone points to the presence of animals at and in the vicinity of this spot. The burnt bone is burnt in such a way that it must be the result of human action. This burnt bone and the charcoal also found are indications of food preparation such as the grilling of meat. The fragments of flint and the minuscule flakes of flint prove that flint was worked on site to make all kinds of implements, such as arrowheads, knives and scrapers to clean hides.

Unique in the world

‘Nowhere in the world has such research been carried out at such an exceptional depth under water’, according to Henk Weerts, senior researcher in Physical Geology and Palaeogeography at the Cultural Heritage Agency of the Netherlands. Before a start was made on the excavation, the exact locations were determined on the basis of geological research and test drillings. The areas which are now being excavated measure about 9 by 16 metres. From pontoons, grabs systematically scrape 2 x 3 metre slices of ground in 20 cm layers from the sea bed. On land, the ground is sieved and the residue is sifted through for traces of humans, animals, plants and other materials. It will take a few months to process the sieved remains. It is possible that even more finds will be made in the coming period.

Up to now, very few other traces of life in the Early and Middle Mesolithic (9000-7000 BC) have been found in the western Netherlands. Other parts of the country are known to have been inhabited during this period, but the finds there are limited mainly to scattered remains of flint. In the dry sandy soils in the northern, eastern and southern Netherlands, no organic remains, such as bone, have been preserved in the soil. In the favourable, damp conditions at and around the river dunes, which were later buried by sediment, they have. Henk Weerts: ‘At last, we have evidence to support the suspicions and indications which scientists have had for a long time regarding the area inhabited by humans in the Middle Stone Age in the extreme west of the Netherlands’. 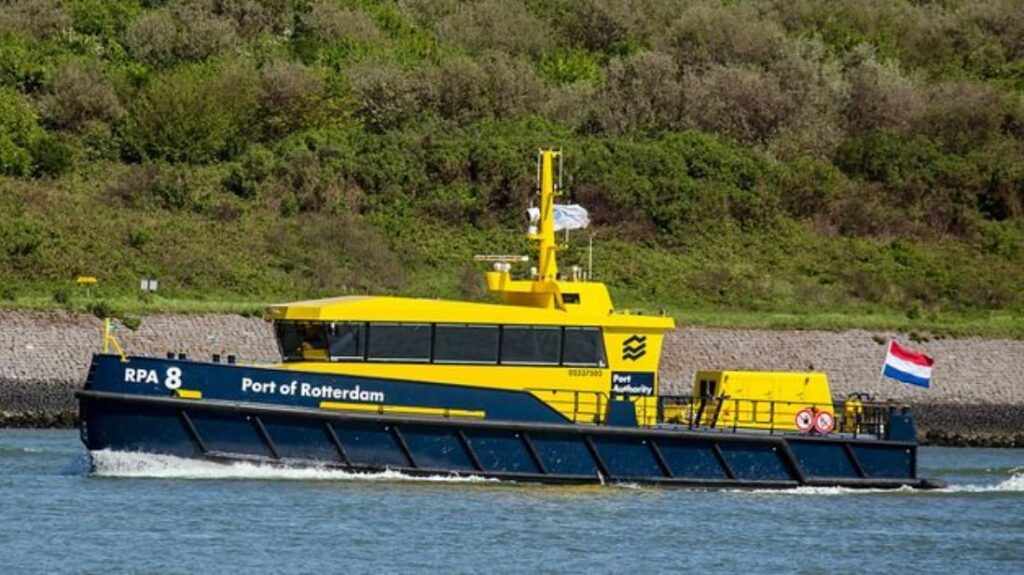