According to the Nation, The new Minister for Environment and Energy, Dr Rolph Payet, visited La Digue last weekend to familiarise himself with the island’s environmental issues.

The minister was accompanied on his one-day visit by secretary of state Barry Faure, principal secretary for environment and energy Wills Agricole, and a number of other high-ranking government officials from various government departments.

Also present were the La Digue member of the National Assembly Chantal Ghislain and the chief executive of the Public Utilities Corporation (PUC) Philip Morin.

The assistant coordinator for coastal zone management, Elvina Hoarau, explained to the delegation their plans to work with various partners on La Digue on environmentally-friendly projects, such as breakwaters and dredging for renourishment of beaches.

“Our breakwater project, done in partnership with the Domaine de L’Orangerie resort, has been successful until now and we need to continue with monitoring work to see its long-term effects on the coastal zone,” she said. 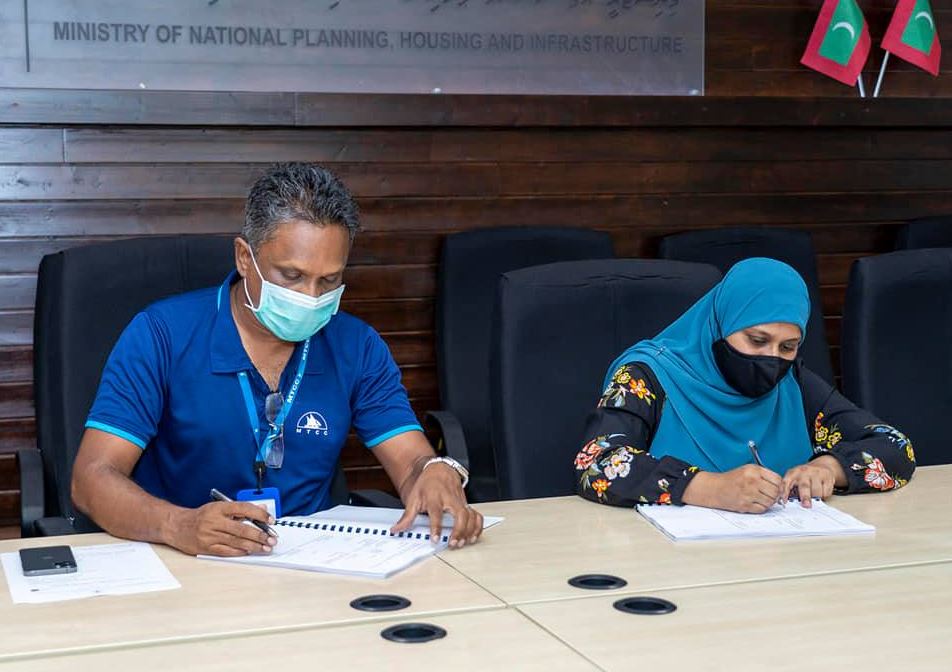