The U.S. Army Corps of Engineers, Detroit District, awards a $1,628,500 contract to Luedtke Engineering Co., Frankfort, Mich., for dredging in the Saginaw River.

Luedtke will dredge 142,000 cubic yards of sediment from the river, focusing on critical shoals from the Sixth Street Turning Basin near downtown Saginaw to the mouth of the river at Saginaw Bay.

Material dredged from the upper river near Zilwaukee, Mich., will be placed in the Saginaw River Dredged Material Disposal Facility, DMDF, which straddles the Bay-Saginaw county line.

Material dredged from the lower river – between the mouth at Saginaw Bay and a point about 4 ½ miles upstream, just east of the Liberty Bridge in Bay City – will be placed in the Saginaw Bay Confined Disposal Facility, CDF, about two miles from the mouth of the river.

The dredging is expected to begin in mid-September and wrap up in mid-November.

“This dredging will keep the navigation channels open in the Saginaw River, ensuring that important commodities such as coal, stones and asphalt can be transported in a cost-efficient, environmentally friendly manner,” said Lt. Col. Robert Ells, district engineer. “As part of our mission to oversee the Great Lakes Navigation System, we are pleased to take part in this project, which helps protect jobs in the Saginaw, Bay City and Midland area.” 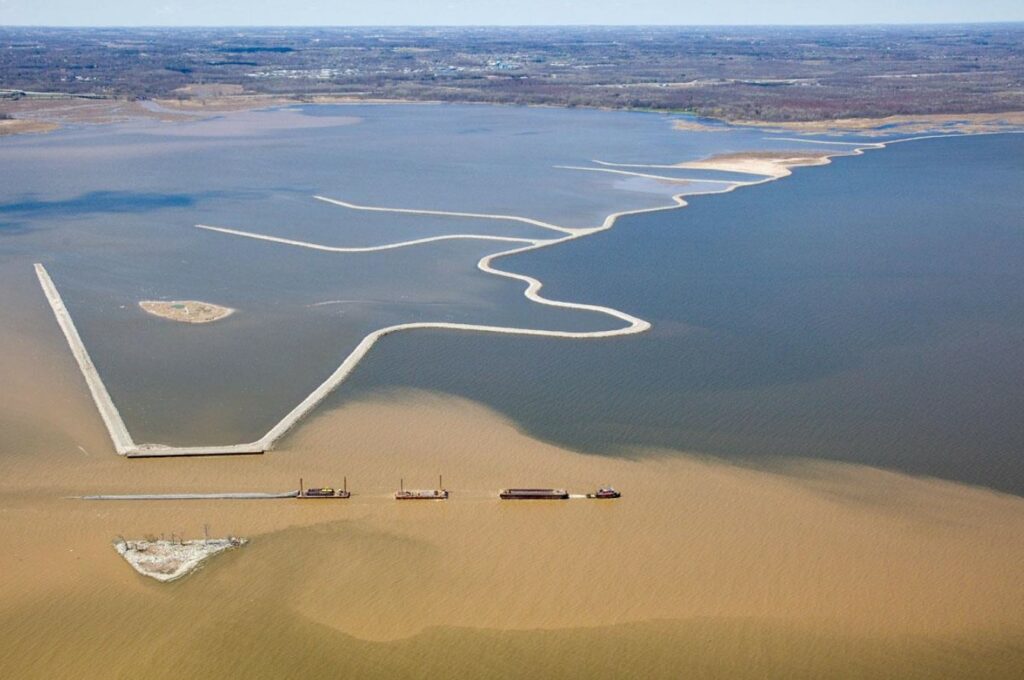