The 16th of August last, the “Ocean Traverse Nord”, was christened. The remarkable dredger is the result of an even more remarkable international collaboration. This inspired the busy christening ceremony.

The christening ceremony took place at Quebec, Canada, along quay near the Ocean head office. All those present agreed that the building process was remarkable : the splithopper has been built at the Ocean Industries own yard at Isle-aux-Coudres, to a Spanish design and it has been fitted out with Dutch Damen Dredging equipment. The relatively short delivery time of just over a year was possible as the new splithopper made use of an existing design – it is a sister vessel of the “Omvac Diez”. Moreover, the yard ensured a major capacity increase. The “Ocean Traverse Nord” is the first TSHD dredger of Ocean.

The synergy of a Spanish design, the Dutch dredging equipment and the Canadian yard has resulted in a powerful 1.180 m3 self propelled splithopper, fitted out with all necessary dredging equipment for self loading and discharging. The Damen trailing pipe dredges at max -30.5 m, using the Damen dredge pump type BP5045, pumping some 5.500 m3/h of mixture. The splithopper is also equipped to pump ashore with the same dredge pump, making use of the Ø 500 mm bow coupling unit. The Damen dredging equipment delivery included other elements vital in the loading and discharging processes, such as the 2 overflows and the 2 jetwater monitors.

After the festive ceremony, the hopper dredger started its dredging job immediately. It has been built for the maintenance dredging of two ship channels in the St Lawrence Seaway – a main maritime route in Canada. Dredging at the St Lawrence Seaway has to be executed in 3 months due to local winter conditions. The rest of the year the hopper dredger will work more towards the south.

The “Ocean Traverse Nord” has had a superb start and has a bright dredging future. 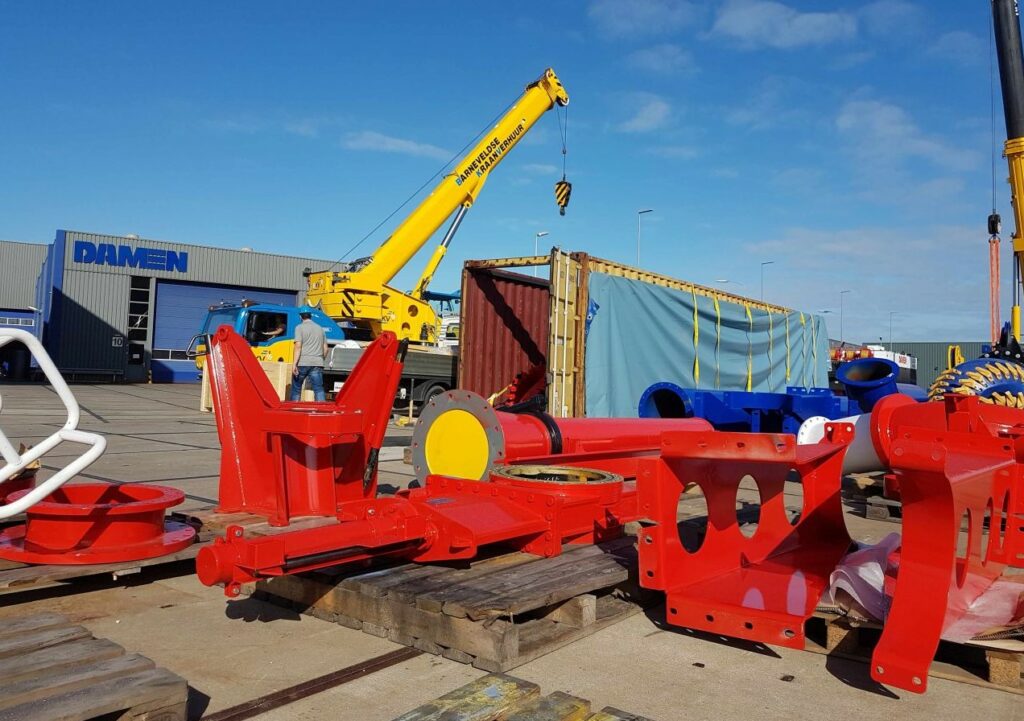